Is Five Points dead? Co-owners of a new business have a few things to say about Denver’s historic neighborhood

In this Denver7 360 Your Opinion, we asked co-owners Genevieve Shifrin and Sudhir Kudva to share their perspective on the current state of Five Points and they have quite a few things to say.
Posted: 2:06 PM, Jan 06, 2023

Over the past year, we’ve told you about several businesses leaving Denver’s historic Five Points neighborhood. But a unique shop is about to spring up. A combo bar and plant store. And the co-owners have a few things they want to say about the current state of Five Points. In this Denver7 360 Your Opinion 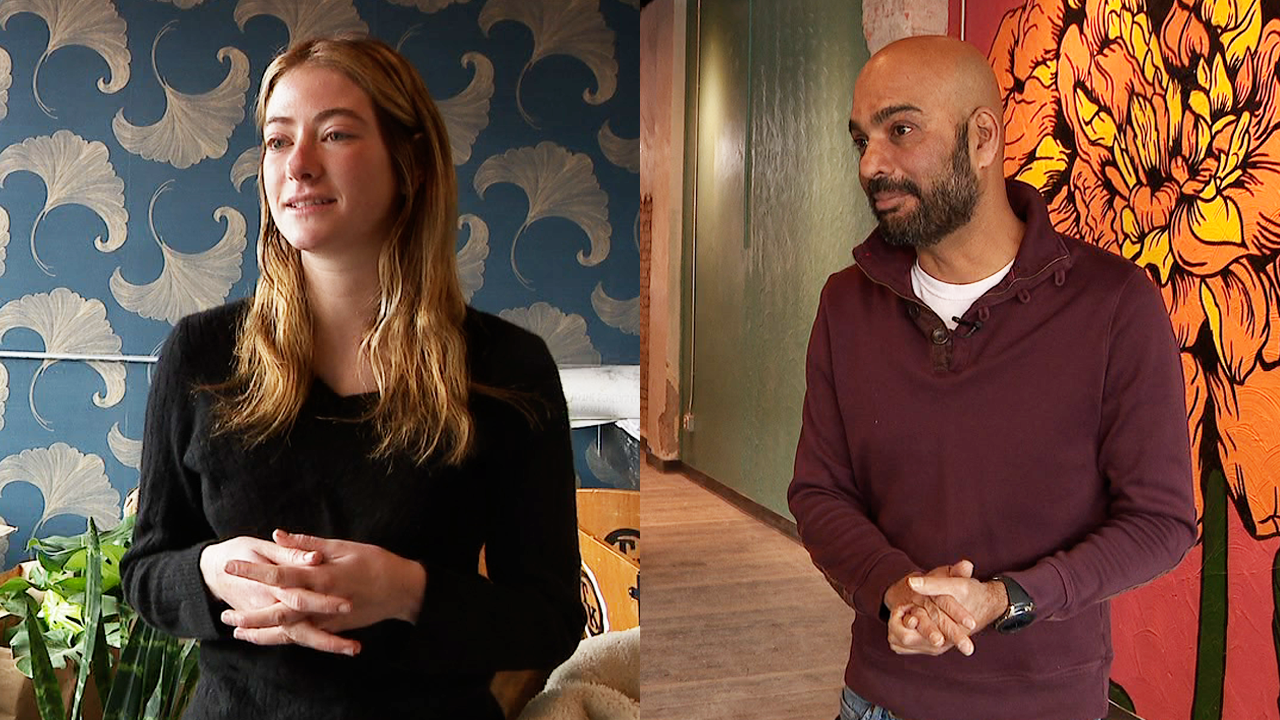 Over the past year, Denver7 has told you about several businesses leaving Denver’s historic Five Points neighborhood. But a unique shop is about to spring up in a few weeks. Marigold, is a new plant store and bar that will open on Welton Street, a concept the owners say is inspired by Colorado.
In this Denver7 360 Your Opinion, we asked co-owners Genevieve Shifrin and Sudhir Kudva to share their perspective on the current state of Five Points and they have quite a few things to say.

Is Five Points dead? That's where we begin.

No, not at all. Five Points is not dead. I mean, you have 715. You have Rosenberg's. You have so many different great attributes in this neighborhood and there's only more to come.

There's so much here, right? It's a walkable area, the transit is great. It's got the bus stops. Got light rail. It's got food. It's got drinks. It's got concerts.

The current state, due to COVID has definitely affected by Five Points. In many different ways. We've seen businesses close, we've seen a lot of local businesses also, along with our community, go through struggles.

I think it's seen worst days, I think it's been better days. I think it had probably one of the harder times rebounding from COVID.

We are all very excited because there is massive development coming in this area. However, we're still keeping the essence of our community here. And I think that is what makes Five Points so special. And especially Walton Street in general is just how close knit our community is.

A lot of places have shuttered like, I think you're doing a story on Coffee at the Point and then also the market closing. So we're seeing more stuff closing than opening, but we are seeing a lot of development. So there's a lot more potential.

We all have each other's backs. We're here to help and grow our community. And we're seeing that with new businesses opening like Marigold right now. A lot of changes to the kinds of businesses. And we're definitely working with Five Points, business associations and neighborhood associations to drive foot traffic, because that's what we need here.

We have beautiful streets. It's a walking destination. We're very close to the RiNo Art District.

What we hope to bring is just a rising tide, getting more foot traffic here, you know? Different concepts, different areas, not just a bar but a bar with plants. Not just another business, but a business that is owned by locals. Any one of us can be at this restaurant or bar within five minutes, because we all live super close.

So we're hoping basically to contribute to the community and also just trying to get more activation as Norm Harris is like.. he's like, we can activate more things. It just becomes better.

So it's about getting people out here and showing them that this is an amazing area.

And we have so much to give.

The only thing that's holding it back is people not coming. And we want them to know that it's a fun place to be and it's also a stone's throw away from the RiNo part of Five Points, which is like six blocks to the east on Larimer street. So you're super close. It's not like you have to have like, a how do we get there? It's super close. Super convenient. And we're ready for it.

I hope people will get down here and see everything that's going on.

‘We have so much to give’: Co-owners of a new Five Points business have a few things to say about Denver’s historic neighborhood
Share Your Opinion with Denver7 360
Want to be featured on denver7.com or a Denver7 Newscast? Share Your Opinion with Denver7 360 using the form below. In 500-700 words (or less, or course!) Feel free to share thoughts on a topic of your choosing or a specific Denver7 story. We may share Your Opinion on this website or on a Denver7 newscast. Our goal is to share diverse perspectives for a better understanding of our great state. And as always, you can also email 360@denver7.com