'I don't want the kids I teach to get lost in the shuffle': A DPS teacher on school closures | Your Opinion 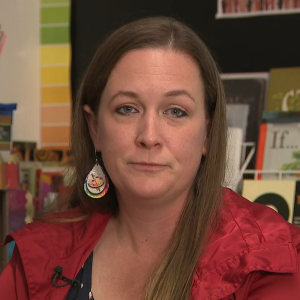 By: Heather Abreu, teacher at Colfax Elementary in Denver

A Visual Arts teacher at Denver Public Schools shares her perspective on what consolidating or closing her school will mean for her students.

Heather Abreu is the Visual Arts teacher at Colfax Elementary and serves as an ECE teacher all the way through fifth grade. She's also a parent of two middle school students inside of Denver Public Schools, and is the Northwest Sector A Board of Directors member on the Denver Classroom Teacher's Association.

My name is Heather Abreu and I'm the Visual Arts teacher at Colfax Elementary; I serve as ECE (early childhood education) through fifth grade students. I'm also a parent of two middle school students inside of Denver Public Schools, and I am the Northwest Sector A Board of Directors member on DCTA (Denver Classroom Teacher's Association).

I think that [consolidating/closing schools] is something that needs to be reconsidered and reevaluated. It's so important to consider budget when trying to be a mighty district. Something that's also important to consider is: What is needed to have vibrant, mighty school culture? And some of our schools — including Colfax Elementary — are small, but mighty, in the way that we're trying to approach this hard work that we call education.

I've already started wondering and going through the grief process of what it might look like not to be with these young artists and these babies next year, and it's heartbreaking... knowing that I've gotten to be a part of their school family and their lives for six years now and could have done the same, or maybe can still do the same, for their brothers and sisters is. It's really important to me.

I wonder if the School Board knows that eight out of ten of the schools on the selected list have 80% or more of free and reduced lunch provided for their families. I just… I wonder if they are aware of other statistics, other means of communities on the list that play a factor in making education stronger in smaller communities? I just wonder if that's also a part of what they're aware of when making this decision. (Editor's note: This Your Opinion perspective was gathered before DPS announced it was reducing the number of schools to be closed and/or consolidated to five instead of ten.)

I would love for members of the Board of Education or members of the district to come into my classroom. I'd love for them to see the communities that we're serving firsthand and understand what supports are needed for them, not just what the list says.

I hate looking at and considering the idea of it being a numbers game in my classroom, let alone inside of the district; or trying to look at something solely from a budget perspective, because then it's no longer about students first and it's no longer about unity, if we can't consider everything that goes into unifying a community.