Should jaywalking be legal in Denver? Two perspectives to help make up your mind

There's a debate about making jaywalking legal in Denver and it could soon become decriminalized if three city council members have their way. Two different perspectives to help you make up your mind. 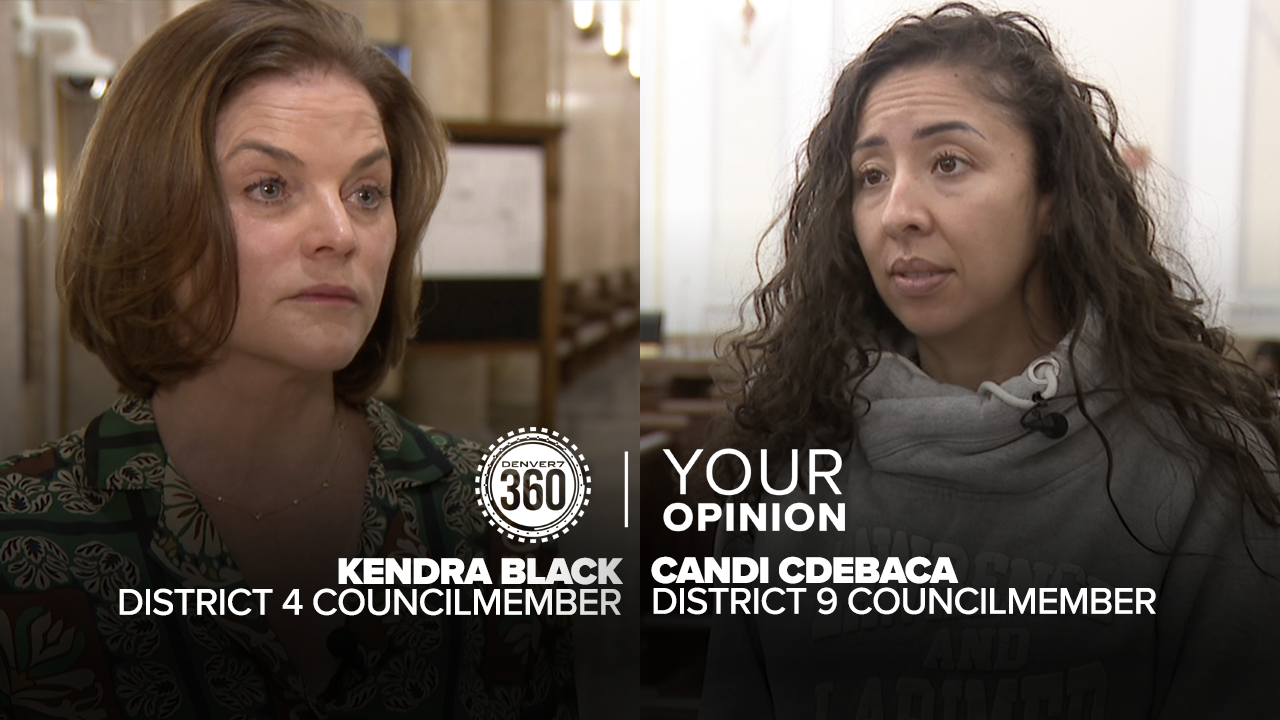 The Denver city council is debating making jaywalking legal in Denver. Right now, it is considered a Class B traffic citation, which can carry a fine up to $95. District 9 councilmember Candi CdeBaca is for the idea and District 4 councilmember Kendra Black opposes the idea. While the council is expected to take up the issue in the next couple of weeks, they present the arguments on both sides in this Denver7 360 Your Opinion.

There's a debate about making jaywalking legal in Denver and it could soon become decriminalized if three city council members have their way.

We wanted to share the for and against arguments before the issue goes to the full council. Councilmembers Candi CdeBaca, Jamie Torres and Jolon Clark support the idea arguing it's a social justice issue. Their research found of the 135 citations Denver Police have issued since 2017 40% went to black people who make up only 10% of Denver's population.

Opponents like councilmember Kendra Black say decriminalizing jaywalking could make Denver less safe for pedestrians. In this Denver7 360 Your Opinion, listen to both sides and make up your own mind.

One of the laws we found on the books that does not prove to necessarily make anyone safer, but also does prove to target disproportionately people of color and poor people is jaywalking.

Well, my biggest concern is that we're sending a lot of mixed messages to pedestrians, people in wheelchairs and cyclists. They need to have safe behavior, I realize we have issues with Denver's walkability and bikeability and roll ability. But we don't ever want to put people into danger.

This is a product of a very diverse group of stakeholders. Our Denver bicycle lobby, Denver streets partnership and the reimagining Policing Task Force, to name a few. We have come together to try and reduce unnecessary contact with police for marginalized populations and also increase safety.

I'm sure thousands of people jaywalk every day, I do it, you know. Sometimes you're like, can I run out fast enough in front of that car. I agree, someone shouldn't go to jail for it. They shouldn't have to show up in court for it. But I don't want to send the message that it's okay to jaywalk, because some people might make the choice to run in front of a car that's coming too fast. At nighttime, you know, lots of us wear dark clothes and dark coats. And drivers are very distracted. We know that, which is one of the reasons pedestrian injury injuries and deaths are up. And so if someone ran out in front of a car at night, the driver is distracted, I think there could be a really bad outcome.

Councilwoman Black mentioned it herself. People are jaywalking all day, every day all over the city. But the citations are only happening in a particular part of the city. And they're only targeting a particular type of individual. And so we want to eliminate that and focus more on the things that will make us safe, like street design.

But then the messaging problem is that then we're going to tell people Oh, and by the way, if you see a safe place to cross mid walk, go for it. My concern is some people might do that. And their idea of safe might be different than my idea of safe,

I think that the average individual wants to live. And so they don't just walk in front of traffic, because they're excited about jaywalking being decriminalized, or anything else. People are trying to make the safest, safest decisions possible for themselves to navigate our city. And so this just eliminates an extra thing for a certain type of person to be worried about as a target, making them a target for unnecessary interactions. But for everybody else, people are still going to try and cross in the safest way.

I don't think that it's a big problem. The data is not clear. There's an average of 22 citations over the past six years. And a city of three quarters of a million people - I would not say 22 citations a year is is a real problem. I understand their intentions and I respect that. But I think the trade off is not putting people in a safer position.

Should jaywalking be legal in Denver? Two perspectives to help make up your mind
Share Your Opinion with Denver7 360
Want to be featured on denver7.com or a Denver7 Newscast? Share Your Opinion with Denver7 360 using the form below. In 500-700 words (or less, or course!) Feel free to share thoughts on a topic of your choosing or a specific Denver7 story. We may share Your Opinion on this website or on a Denver7 newscast. Our goal is to share diverse perspectives for a better understanding of our great state. And as always, you can also email 360@denver7.com