Colorado primaries 2018: A Denver7 guide to the candidates for governor

2015 NASA
Bill Ingalls/NASA
<p>Denver's Capitol owns the world's largest amount of <a href="https://collegian.com/2012/06/using-it-all-the-state-capitals-not-so-environmentally-friendly-past/" target="_blank">Beulah red marble</a>. Nearly all of the alluring pink stone was mined from the Beulah Red Marble Quarry in 1893 and used in the Capitol building. The only other traces were used in the old McClelland Library and the Pueblo County Courthouse. </p><p>That history is just part of the reasons all who visit and all who live here should take a tour. </p>

DENVER – We’re entering the final week of voting before Colorado’s June 26 primaries, and hundreds of thousands of voters will cast their ballots to pick who the party representatives will be in the 2018 race to be the next governor. With debates between the Democratic and Republican candidates hosted by Denver7 and The Denver Post now passed, we put together an information guide on the pool of eight candidates Coloradans can choose from. Find your polling or drop-off location here. 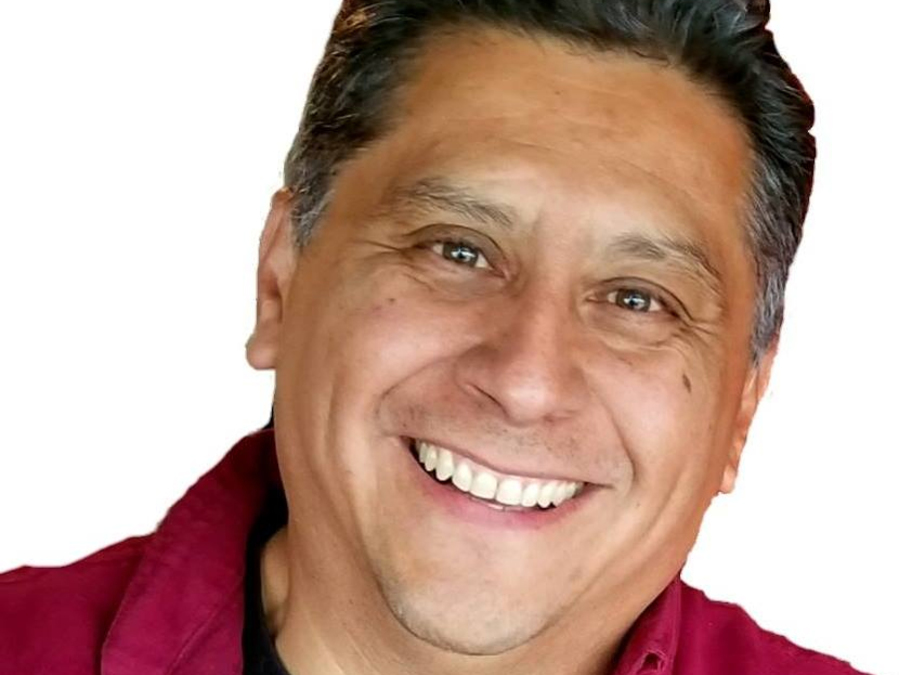 Greg Lopez is the former mayor of Parker, a small businessman and veteran. He was the director of the state’s Small Business Administration from 2008 to 2014 and has traveled the state working to pick up support. He made the ballot with a second-place showing at the state assembly and recently won a straw poll at the Western Conservative Summit but has struggled to raise money and has lagged in recent polls. He’s championed himself as being tied-in with working class voters and the Hispanic community and discussed with Denver7 his hope that rural Colorado is better-addressed should he become the Republican nominee and governor. 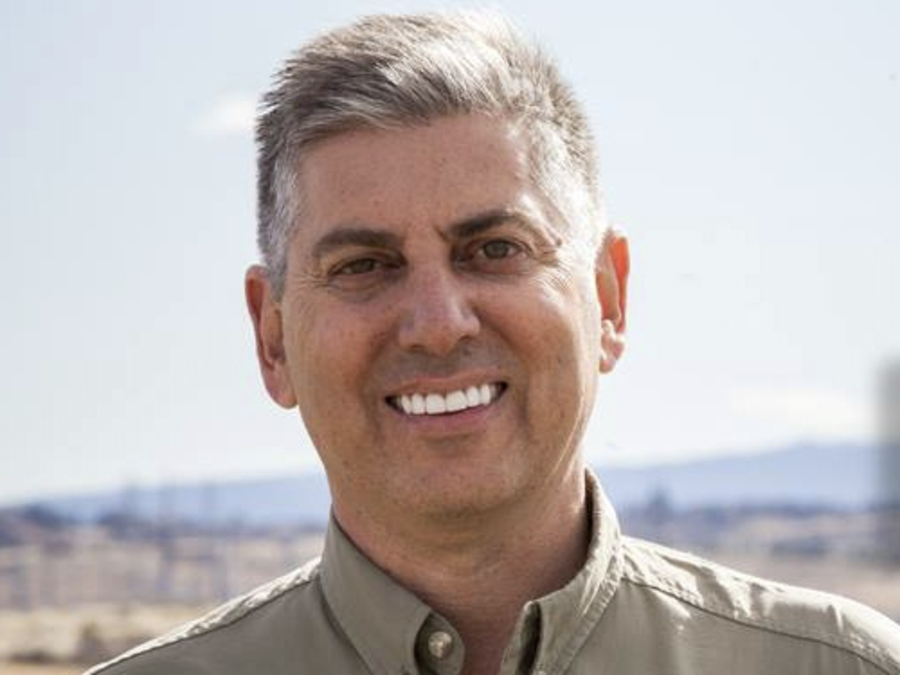 Victor Mitchell is a former state representative and businessman from the Castle Rock area who has run most of his campaign on a $3 million loan he gave his campaign. He has run several successful small businesses and has advised the Denver Chamber of Commerce, and has touted his experience in the private and public sectors. Mitchell has been vocal about saying that he didn’t vote for Donald Trump since he first announced his candidacy and made the ballot by petition. He has seen his name-recognition and standing in polls grow since first announcing his candidacy and has in the final weeks before the primary engaged in a back-and-forth with Walker Stapleton over the airwaves and mail about their support of the president and fiscal policy. 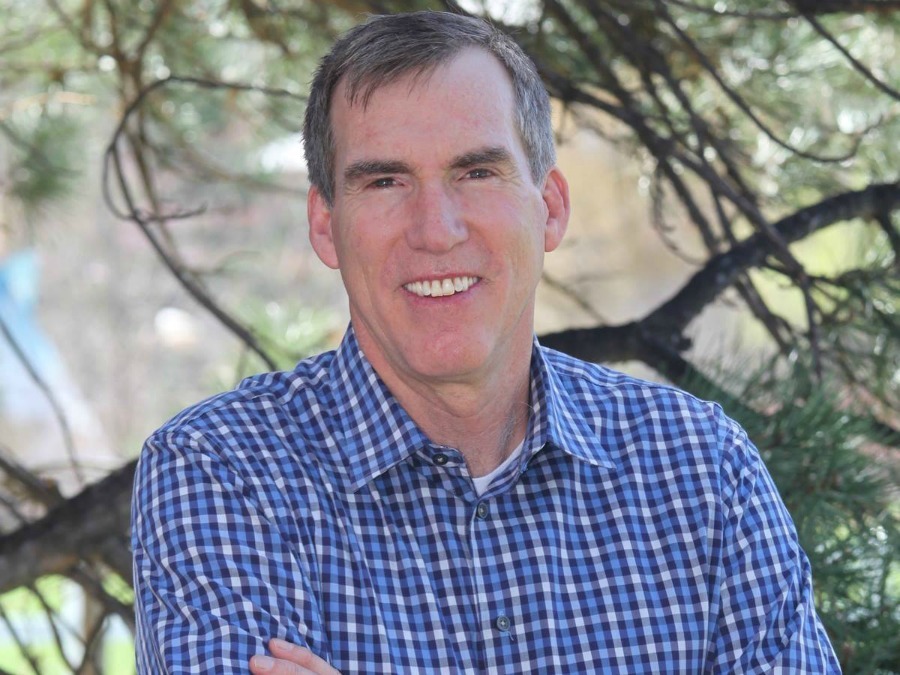 Doug Robinson is a former investment banker who is also the nephew of Mitt Romney. He helped run Romney’s Colorado campaign during the 2012 presidential election and pondered a 2016 U.S. Senate run before deciding against it. He narrowly made the primary ballot after a few discrepancies on the petitions were cleared up. He has gone after Stapleton and Mitchell in prior debates regarding some of their qualifications but has still lagged behind in recent polling, though did see some support among younger voters in the state’s most-conservative Congressional district. He supported teacher walkouts this spring and has talked about wanting to fix roads without raising taxes. 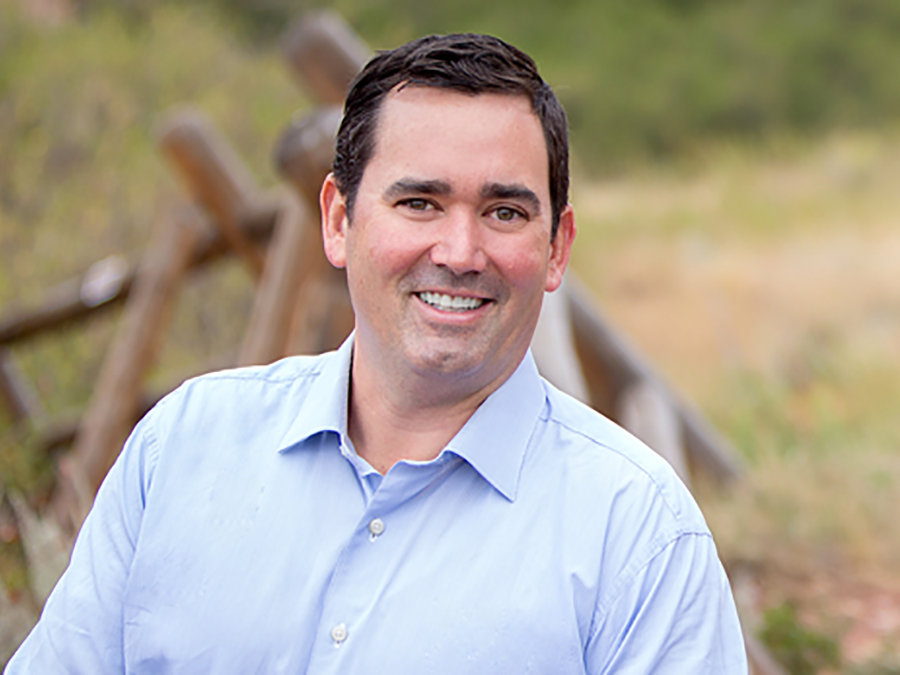 Walker Stapleton is the two-term state treasurer whose family has a long history of political involvement in Colorado and who is also related to the Bush family. He is a former investment banker and a businessman who has served as an executive. He narrowly defeated then-Treasurer Cary Kennedy, who is a Democratic candidate for governor this year, to become state treasurer in 2010. He has spent his own money in the race, raised plenty of his own, and has a PAC, Better Colorado Now, that has also raised hundreds of thousands of dollars to back his campaign. He has led all recent polls of the gubernatorial field but has also faced the most scrutiny from his fellow candidates—both for his work on the state’s pension system and for an advertisement in which he touted his support of the Trump administration while pledging to beat liberals in an election but made misleading claims. 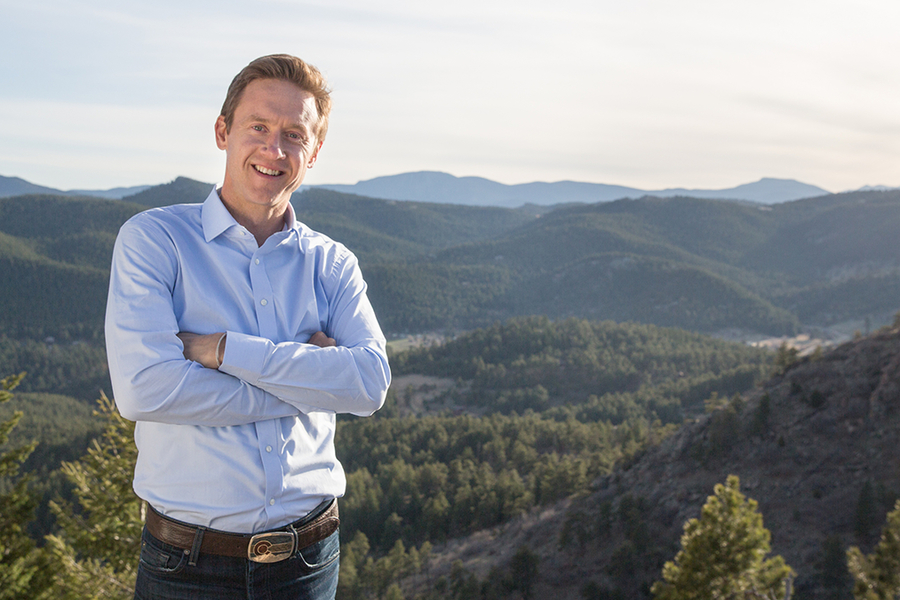 Mike Johnston is a former state senator, educator and policy adviser who at one point had the ear of Barack Obama during his first presidential campaign. He grew up in Vail and is the only candidate from the Western Slope. He also speaks Spanish and has made stopping gun violence a center-point of his campaign in recent months. Johnston has trailed in recent polls regarding the candidates and has battled with some of them in recent weeks but hasn’t struggled to raise money during his campaign. He also has made waves nationally, as a PAC backing his campaign, Frontier Fairness, has received millions in contributions from high-profile politicians and donors like Michael Bloomberg, the Mandels and Reid Hoffman. Just 43 years old himself, his campaign has done extensive outreach to younger voters with social media campaigns and talked much about making college and vocational training more affordable for young people. He made the allot by petition and was the first candidate to qualify for the ballot. 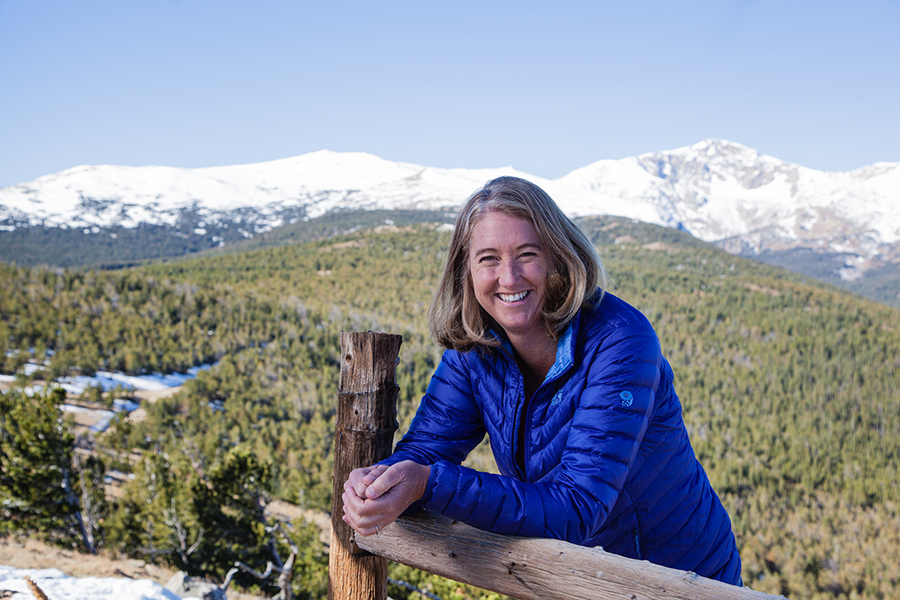 Cary Kennedy is a former Colorado treasurer and Denver CFO who is one of two women vying for the Democratic gubernatorial nomination and to be Colorado’s first female governor in a year where women have so far fared well in primaries. Buoyed by the backing of the state teachers’ union and a vocal display of support for educators during rallies for better pay and pensions this spring, Kennedy has surged forward in the polls. She has drawn criticism from Johnston and Jared Polis over an ad from an independent expenditure committee backing her campaign which they said was false and a negative ad. Since then, her campaign and Polis’s campaign have been taking swipes back and forth over whether the campaigns or committees backing them are engaging in negative campaigning—something all the Democratic candidates pledged not to do. Kennedy has seen large fundraising numbers and has seen her visibility surge at the same time. She also has been vocal about her support for a public option health care system. She won 62 percent of support at the state party assembly, beating out Polis’ 33 percent support. 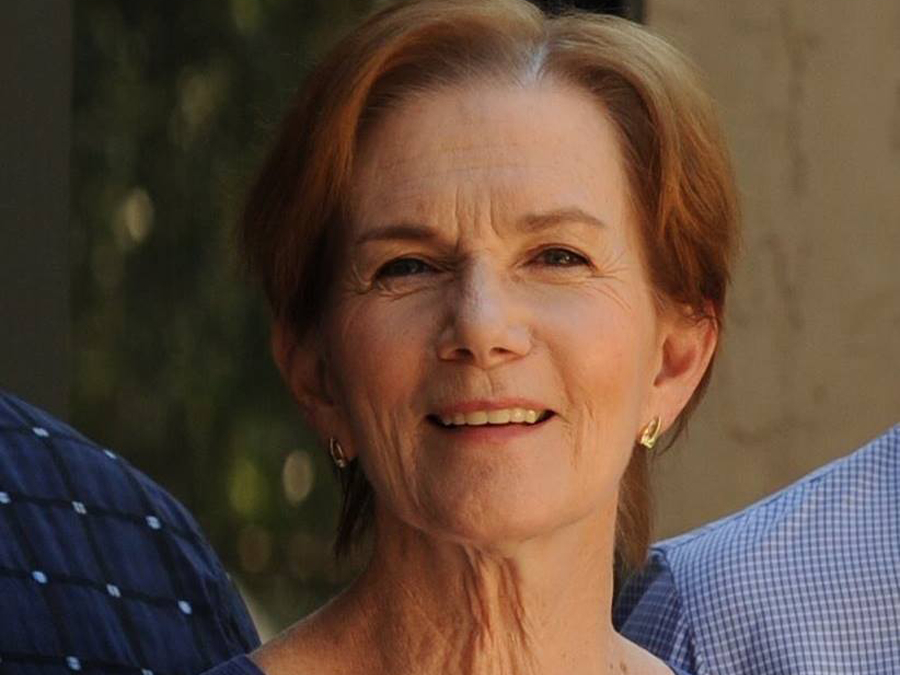 Donna Lynne is the current lieutenant governor of Colorado and has served as the chief operating officer of the state and No. 2 to Gov. John Hickenlooper, who is term-limited this year, since 2016. Prior to that, she was a top Kaiser Health executive and worked in New York City government for 20 years. She has worked to level with Coloradans during her campaign, talking of her experience climbing the state’s fourteeners, walking the streets of Colorado’s cities and even getting a tattoo that says “fight for Colorado” for a campaign ad that touts her health care experience and says the state needs to push back against the Trump administration. And though she, like Kennedy, could become the first female governor of the state, Lynne has trailed the other three Democratic candidates in both fundraising and recent polling. She qualified for the ballot through the petition process. 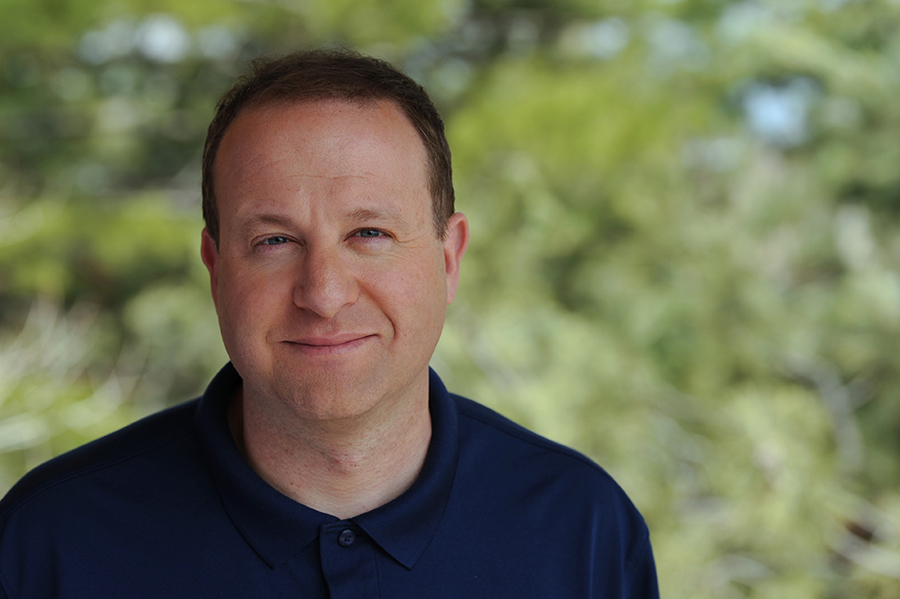 Jared Polis is the five-term Congressman from the state’s 2nd Congressional District who is also a former Colorado Board of Education member and businessman. He at 43 is among the wealthiest members of Congress, having started several businesses that earned him hundreds of millions of dollars. And he’s spending his own money during the campaign: more than $11 million so far. He would, if elected, become the state’s first openly-gay governor. He’s received some high-profile endorsements and has largely campaigned on education, social and health care issues—chief among them a Medicare-for-all type system and a system that would include a consortium of Western states. But he’s faced questions during recent debates about how to pay for his proposals. Polis has been the most visible candidate on the airwaves in recent weeks, partially due to the ongoing battle with Kennedy. Republicans have said they believe he will be the Democratic nominee and polls have shown that he is the leading candidate among the Democrats. The most-recent Magellan Strategies poll showed he led Kennedy 31 to 18 percent, though nearly 40 percent of Democrats were still undecided. Polis made the ballot at the assembly after submitting petitions as well. 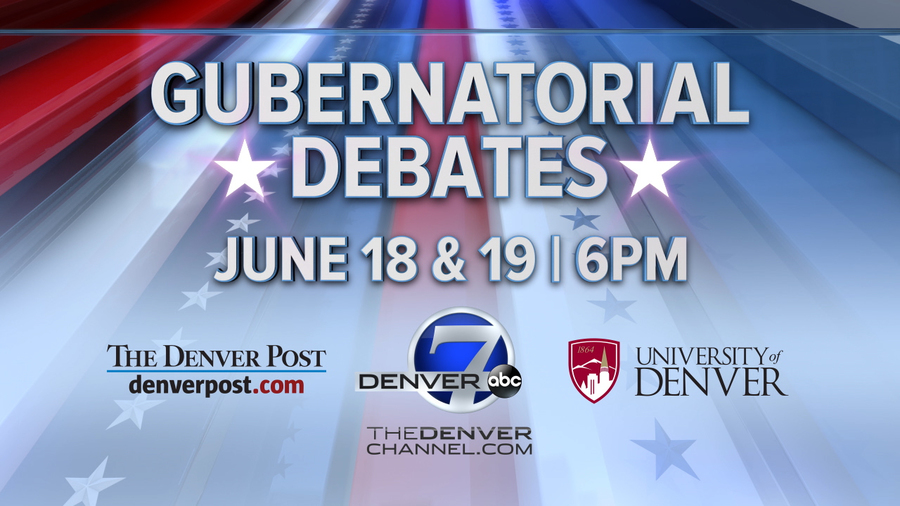 Debates hosted by Denver7, The Denver Post at DU

With a week to go before Colorado’s June 26 primaries, the Democratic and Republican gubernatorial candidates got one final chance to differentiate themselves from their party opponents at debates hosted by Denver7 and The Denver Post at the University of Denver.

For a full guide to what primary voters need to know, click here.