Amendment F: For the second time in two elections, Colorado voters will be asked to update bingo laws 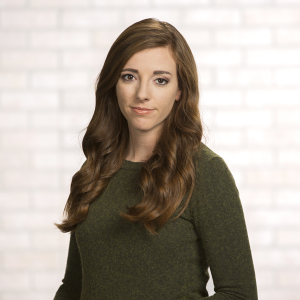 In bingo halls across Colorado, there is a rhythm; bingo balls are pulled, letters and numbers are called and eventually a winner is declared.

DENVER — In bingo halls across Colorado, there is a rhythm; bingo balls are pulled, letters and numbers are called and eventually a winner is declared.

For decades, bingo has been run in the same way in the state, with only one notable change since it was added into the state constitution in 1958.

Amendment F: For the second time in two elections, Colorado voters will be asked to update bingo laws

However, a November ballot question aims to modernize the game and allow more flexibility around who participates in it.

What Amendment F Does

Amendment F does two things. First, it drops the minimum requirements for how long a nonprofit must be in existence to hold a bingo-raffle license from five years to three. Beginning in 2025, the state legislature would then be permitted to change the time-period requirements as it sees fit.

The Case for Amendment F

For years, Corky Kyle, the executive vice president of the Colorado Charitable Bingo Association, has known one unfortunate truth: the bingo industry is slowly dying off.

Between casinos and online betting, fewer people are turning up at bingo halls and spending their money, meaning nonprofits are not able to rely on this revenue source as much as they could in the past.

He worries that without significant changes, bingo games in the state could die off entirely. Kyle says these games are important because they support groups that help veterans, people living with disabilities and others in ways the state simply can’t afford to fund.

By lowering the time-period requirements, Kyle says more nonprofits will be able to participate without having as many hurdles to jump through, though they would still need to be approved for a gaming license by the Secretary of State’s Office.

He’s more excited, though, about the ability for these nonprofits to be able to pay workers since many organizations are having a hard time recruiting volunteers to run the games.

“If you don't have volunteers, you can't run the game. And so, there ought to be a way in which to incentivize and to allow that process to be much easier,” Kyle said.

He also points out that payments don’t necessarily have to be cash offers. Volunteers who run the games could be compensated with gas money to get to the bingo hall, food while they are working, or even having their membership dues waived for the association.

In the end, he sees Amendment F as an important opportunity for a decades-old game to catch up to the times.

“The only thing this is going to do is modernize us a little bit, which is good because we need it,” Kyle said. “Everybody's going to go ahead and benefit from this.”

The Case Against Amendment F

If anyone knows the financial benefits of bingo, is the Veterans of Foreign Wars organizations in Colorado. Across the state, VFW posts rely on charitable gaming to help fund their mission of helping Colorado’s veterans.

Much of the money from the charitable gaming is put into a relief fund to help veterans and their spouses.

“You have homeless veterans that might need met transportation to get medical care. The local post can use that to take them there. Burial expenses, they can help with that,” said Bruce Dolan, the department of Colorado VFW quartermaster.

Despite their reliance on bingo games, some VFW posts are opposed to Amendment F and worry that it will actually hurt some nonprofits rather than help them.

First, they oppose the types of changes to time-period limits the ballot question is proposing. Steve Kjonaas, the VFW’s legislative director, says time-period requirements are important for making sure only reputable nonprofits can benefit from the games.

“It shows stability in their finance management, and you know that they're trustworthy and they have credibility,” Kjonaas said.

While some VFW posts would be fine with dropping the requirements from five years to three, they do not support the idea of allowing the legislature to further change those time requirements and possibly drop them to zero.

According to the ballot language, the legislature would have the ability to change the time-period requirements. However, if state lawmakers did not take any action, the time-period limit would remain at three years.

Kjonaas is also concerned with the idea of compensating the volunteers and the message that could send. While they may be able to compensate their volunteers in some ways, he worries this could create competition among volunteers.

“(If) another organization says, ‘Come over here, we'll pay you 16 bucks,’ and the post who originally paid at $8 an hour or whatever minimum wage is wouldn't be able to compete with them and eventually they would lose their ability to play bingo,” he said.

While he’s not necessarily opposed to offering compensation like gas money or food, he doesn’t want the minimum wage standards to be removed in 2024.

Kjonaas worries that if this amendment passes, they could be faced with posts eventually being forced to close down with a lack of funding, so he's asking people to vote no on Amendment F.

If Amendment F sounds familiar, it’s because a very similar question was asked of voters in 2020. That ballot question fell three percent shy of garnering the votes it needed to pass in the state.

Because bingo is written into Colorado’s constitution, Amendment F needs 55% of the vote to pass.

This time, the creators of Amendment F narrowed its scope slightly and are hoping with a bigger budget and more voter education they will be able to get it to pass.

Bingo games haven’t changed in decades. On November 8, voters will have the ultimate say in whether it’s time for an update.