A company paid to collect parking ticket revenue at nearly 50 Denver-area parking lots is changing its policies after a Contact7 investigation sparked by complaints from two viewers who received $75 citations after they paid for parking and showed the receipts and credit card statements to prove so.

DENVER – A company paid to collect parking ticket revenue at nearly 50 Denver-area parking lots is changing its policies after a Contact7 investigation sparked by complaints from two viewers who received $75 citations after they paid for parking and showed the receipts and credit card statements to prove so.

“They just seem to be a bully who tries to make money however they can,” Pat Dilsaver told Contact7 Investigates of the company in question – Aurora-based Parking Revenue Recovery Services, Inc.

Both he and Brett Jordan parked in downtown Denver parking lots.

Dilsaver parked his car in a lot at 21st and Welton and Jordan parked in a lot at 1500 Glenarm Place.  Both also tried unsuccessfully to resolve the issue with Parking Revenue Recovery Services.

The two parking customers who spoke to Contact7 Investigates said they provided proof to the revenue company that they had actually purchased parking passes on the day they received their citations. Both had copies of the receipts and proof their credit cards were charged for the parking spaces.

Their tickets were issued because the person patrolling the lots was unable to read the front sides of their receipts. Officially, the parking citation said the passes were not readable. Jordan speculates his ended up blowing over because he partially cracked his windows on a hot summer day. Dilsaver’s ticket slid down below the black frame on his windshield. 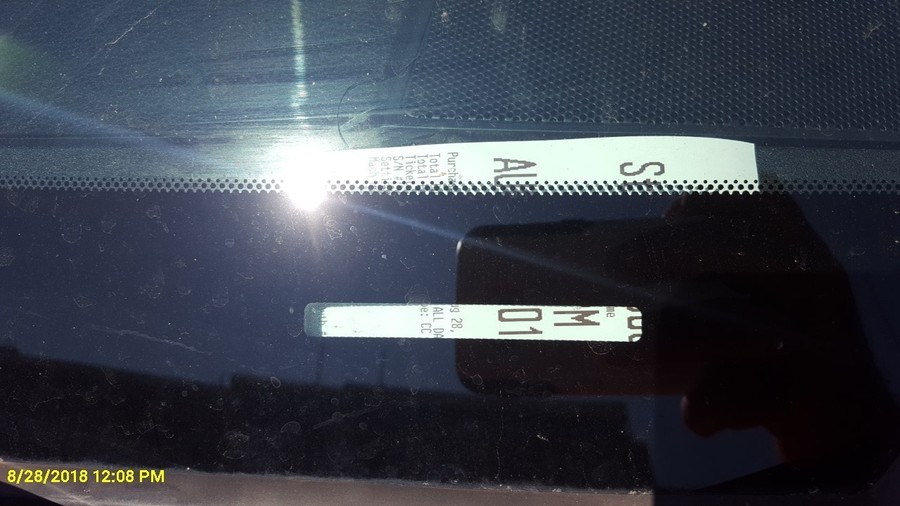 “I expected them to say no harm, no foul. You paid,” Dilsaver said.

Both consumers expected their tickets to be dismissed once they proved they had paid. They both made multiple calls and sent multiple emails attempting to get a fair resolution.

“There’s more than enough proof the parking was paid for,” Jordan said.

Contact7 Investigates found the two men are not alone.  A search of the internet and records available through the Better Business Bureau produced dozens of similar complaints.

“We’ve received a lot of complaints as well,” said BBB Investigations Coordinator Ezra Coopersmith.  “They (Parking Revenue Recovery Services) have over 100 complaints with us in just the last three years,” he added.

In fact, the BBB has already launched its own investigation into the company, which has an “F” rating with the consumer protection agency.

“I think consumers are right to be outraged and frustrated if they have an issue that they bring to a company and the company really doesn't make a good-faith effort to resolve it,” says Coopersmith.

Dilsaver is convinced the parking company knows exactly what it’s doing wrong and should stop.

“Stop preying on people and using the fact that they have no real recourse or real power against you to just fatten your bottom line,” he said.

Both parking customers have demanded refunds for the $70 tickets they received. And those refunds were issued shortly after Contact7 Investigates’ inquiries with Parking Revenue Recovery Services Inc. were made.

The company also issued Denver7 a statement that said, in part, “… in both cases the customers failed to comply with the lot rules by failing to place their receipt face up on the dashboard.”

The statement went on to say, “…in the spirit of resolving the situation brought to us by (Denver7), PRRS has voided both notices and refunded the amount paid…”

While claiming the company did no wrong in citing these customers, it is a bit of a mixed message to then void and refund the tickets they were issued. However, Parking Revenue Recovery Services also says following our investigation it is working to better-inform consumers that the parking receipts must remain visible.