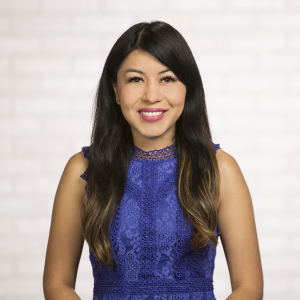 AURORA, Colo. — A family of six is picking up the pieces after their Aurora apartment was damaged in a suspected arson.

She and her family members were asleep Tuesday night when a fire erupted outside their apartment.

"I looked out the window, and I saw the bushes on fire," said Flores.

Flores shared video with Denver7 that shows the flames growing outside their apartment window. In the video, you can see flashes of orange flames and hear their fire alarm start to go off.

The fire that damaged the apartment building was the most destructive of around 10 fires that were set in Aurora the same night. A 17-year-old was later arrested and faces a first-degree arson charge in connection to the fires.

Flores says her family was shocked to hear the fire was a suspected arson.

"We could have been killed," she told Denver7.

Click here to go directly to the secure Denver7 Gives form. Then in the drop-down menu, select "Help the Flores Family After Aurora Arson Fire."

The family is temporarily staying in a vacant apartment in the same complex, but they lost most of their belongings. The items they were able to save smell like smoke. Some family members are forced to sleep on the ground because they lost their beds.

"We tried to save some things from the apartment, but some people are saying it's toxic that we recovered these things because of the smoke," Flores said. "It's really bad, so maybe it's all contaminated, you know?"

Despite losing almost everything they have, the family says they're just thankful they got out safely.

Denver7 Gives is collecting money to help the Flores family get back on their feet. To donate, click here. In the drop-down menu, select "Help the Flores Family After Aurora Arson Fire."