What student loan debt forgiveness will mean for Coloradans 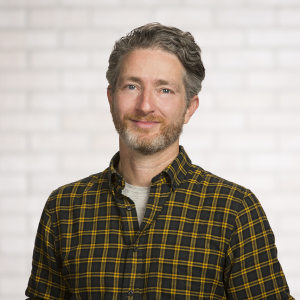 Relief is on the way for Americans with student loan debt. In this 360 In-Depth report, we touch on who'll benefit from Biden's plan, what student debt forgiveness means for Coloradans and more.

We’re pretty sure you already know this by now, but in case you were out hiking and missed the news: President Joe Biden is not only extending the pause on student loan payments to the end of the year, but most importantly, he’s moving to forgive up to $20,000 in federal student loan debt.

The pros and cons of this announcement have been a major debate in our email inbox over the past day. While perspectives shared to Denver7 | Your Opinion range from how this will help some while others feel left out, to what precarious economic situation student loan forgiveness is going to put the country in for the future, the debate is not as black and white as you might think.

For many Coloradans though, this is good news. So let's do a deep dive into who is eligible and what all this could mean down the road.

Wondering if you’re eligible? We'll definitely get into all the details. We’ve more got more here.

Here’s what’s in the plan

Borrowers who had a Pell Grant in college are eligible to see up to $20,000 in debt cancellation. People who didn't receive a Pell Grant could get up to $10,000 in student loan forgiveness.

People who have Federal Family Education Loan (FFEL) loans through the Department of Education are also eligible for debt relief. Those who received FFEL loans from a private company may not be eligible for student debt cancellation, though the department is working to determine whether borrowers with those commercially held FFEL loans will be eligible for relief, according to the Washington Post.

People who aren't sure if they were awarded a Pell Grant or who aren't sure whether their FFEL loans are managed through the Department of Education may find the answer by logging into their FAFSA account. Keep in mind the Federal Student Aid website is currently experiencing delays from everyone trying to see whether they received a Pell Grant or not.

If you’re eligible, what do you have to do?

As exciting as student loan forgiveness sounds, there will be an application you’ll have to fill out to claim the relief. More on that will be announced in the coming weeks, officials with the Department of Education said.

For nearly 8 million borrowers, the relief will be automatic because of information already available to the department.

The Department of Education is also launching a new rule that it says will lower future monthly payments.

Loans will also be forgiven for any borrower who has paid for ten years if they had an original loan balance of $12,000 or less. The current rule allows loans to be forgiven after 20 years. The new rule would also cover unpaid monthly interest, the department said.

President Biden extended the repayment pause that was initiated at the beginning of the pandemic. The pause will now expire on Dec. 31, 2022. Biden said that will be the final extension of the pause.

More of a visual learner? Watch our 360 In-Depth report by clicking in the video below.

For many Coloradans, the news brings a sigh of relief

While the fierce political debate raged wherever you log into social media on Wednesday, some Coloradans riddled with student loans are just taking time to celebrate.

And as a single mother of four, life hasn't been cheap for Maisha Fields.

"Raising children by myself, putting them through college themselves, making sure that they have all the things that they need, the extracurricular activities that they're involved in, paying a mortgage, paying a car note, and then also paying federal loans," she told Denver7’s Pattrik Perez.

Maisha’s student loan debt at one point totaled about $70,000. While some of that has been paid off and forgiven through her career as a healthcare worker, she still has about $42,000 left.

But things will now get a little easier for her and millions of others.

"I feel like I won the lottery today, I'm not gonna lie about that," she said. "I would have loved if the administration, say, were making it completely debt clear and free, but I am grateful for $10,000 because it's $10,000 I didn't have."

For Fields, this helps paint a path forward to becoming debt-free, but she acknowledges the work is just beginning.

She's hoping our next generation will continue to hold our elected officials accountable to make higher education accessible for all.

"Students who are in college right now, they're gonna continue to be a part of that narrative to hold people accountable and responsible to lift that burden for them as well," Fields said.

She’s not alone, though. There are 774,000 student loan borrowers in Colorado who are in the same boat, as they owe a little less than $37,000 each on average, according to the Education Data Initiative.

Denver7’s Rob Harris found that, in total, Colorado borrowers owe $28.5 billion in student loans.Biden’s plan to cancel student loan debt would help nearly a third of Colorado residents who will have their entire student debt erased with $10,000 of forgiveness, research from Student Loan Hero shows.

What's fair when it comes to student loan debt relief?

A point to underscore is there’s much debate on the “fairness” and the long-term impact of student debt forgiveness. And while college remains out of reach financially for many people, others, including Metropolitan State University President Janine Davidson say the investment in high education is worth it, arguing expensive private schools, such as law schools and medical schools, are the ones behind the rising debt people hear on the news.

“It's not your undergraduate degree,” Davidson said in a recent Denver7 360 | Your Opinion video. “The average undergraduate degree debt for a public university like MSU Denver is only about $25,000. That's a pretty darn good investment in your future Given that you will make nearly a million dollars or more.”On the political side of things, Senate Minority Leader Mitch McConnell called Biden's plan "unfair."

"President Biden's student loan socialism is a slap in the face to every family who sacrificed to save for college, every graduate who paid their debt, and every American who chose a certain career path or volunteered to serve in our Armed Forces in order to avoid taking on debt," he said.

Biden disputed that claim and attacked Republicans for approving tax cuts that he says the wealthy benefitted from under the last administration.

“I find it interesting how some of my Republican friends who voted for those tax cuts...think we shouldn’t be helping these folks," Biden said.

Politicians arguing over the cost of the plan is but a side of the debate, as up until this point, people across the U.S. were mostly split on whether enough is being done to relieve student loan debt.

Age factors also contributed to how people felt toward student loan cancellation: 70% of adults younger than 35 said the government was doing too little, and that number dropped to 50% for those 35 to 49, going down again to just 35% among those aged 50 and older.

Many economists say it’s plausible, but it’s not set in stone and it’ll depend on how people change their spending habits.

A CNBC poll found 59% of Americans believe forgiveness will worsen inflation as that will give people with canceled student loans more money to spend and therefore, increase inflation.

But many economists do not agree with that assessment.

Economic Policy Institute President Heidi Shierholz argues that because we've already become accustomed to our finances without student loan payments over the past two years due to the coronavirus pandemic, any impact on inflation would be greatly limited.

Moody's Analytics Mark Zandi says forgiveness and the resumption of payments would limit growth and be disinflationary.

“With the President’s plan on student lending coming into relief, it is clearer that the impact on growth and inflation in 2023 will be marginal. Ending the moratorium will weigh on growth and inflation, while debt forgiveness will support them. The net is largely a wash,” he said in a Twitter thread that goes into more detail on what student forgiveness would mean from an economic standpoint.

Finally, an assessment report from the Committee for a Responsible Federal Budget (CRFB) by the Roosevelt Institute instead argues that canceling student debt would increase wealth but not inflation.

"There ain't no such thing as a free education"

While many consider student debt loan relief to be a positive not just for individuals but the economy as a whole, others aren’t so sure and say there could be some unintended consequences down the road.

In a 360 | Your Opinion piece earlier this year, economic professors Alexandre Padilla and Glenn L. Furton from Metropolitan State University in Denver argued the following should student loan cancellation become a reality for many:

How much student loan debt forgiveness helps the approximately 43 million Americans who combined owe $1.6 trillion remains to be determined.