DENVER – If you thought this year was unusually warm, data from the National Weather Service is here to prove you right.

The National Weather Service in Boulder reported Friday that during 2017, the City of Denver broke 14 record highs and zero record lows.

The weather has been warm here in Colorado this past year. In fact, this year between January and August, the U.S. had the third warmest period on record; Colorado falling into that category as well, according to First Alert Weather Meteorologist Stacey Donaldson.

Almost all of Colorado had temperatures significantly above average, National Oceanic Atmospheric Administration (NOAA) officials said. There were no cities in the state that had average, or below average temperatures. 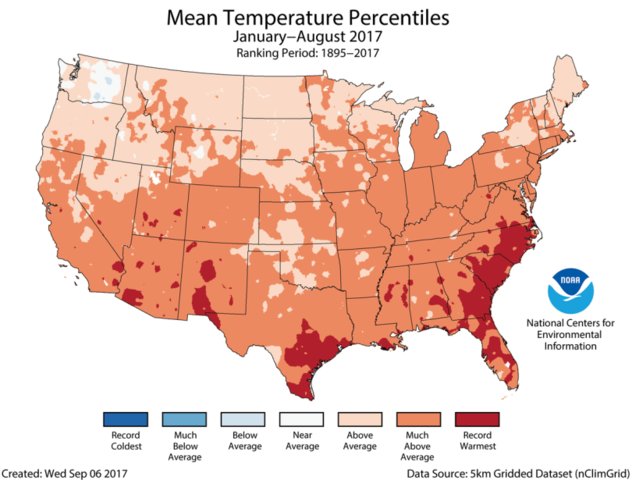 Nationwide, NOAA officials said the average temperature during that span (January – August) was 56.7 degrees Fahrenheit across the country. That’s 2.8 degrees warmer than the 20th century average.