Most of Colorado still experiencing drought during state's snowiest month

DENVER – March is typically known for being Colorado’s snowiest month, but recent drought data shows that may not be the case this year, as we prepare to bid farewell to winter in less than a week.

Nearly 71 percent of the state is experiencing moderate drought as the southwest region of the state (and a small patch of the southeast portion) sees even worse conditions – with 13 percent experiencing extreme drought, according to the latest data from the United States Drought Monitor released Thursday. 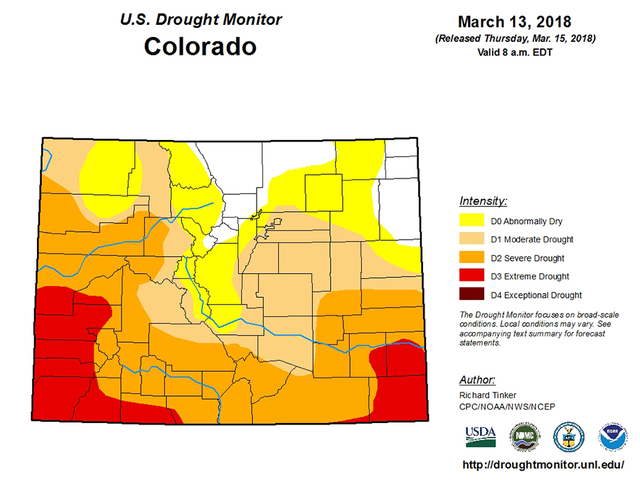 Denver straddles between abnormally dry and moderate drought conditions, as is the case with much of the Front Range. But move south in either direction of the map and conditions get dire the farther you go.

Portions of eight southwestern Colorado counties are currently experiencing extreme drought, with most of the southwest currently under severe drought.

The state’s snowpack is at about 72 percent of its normal levels, and about 52 percent of where it stood on March 15 of last year.