New to CU Buffs football? Here’s just how good Deion Sanders was in his playing career

Before he was Coach Prime, Deion Sanders was Prime Time – one of the greatest playmakers the NFL has ever seen, a "triple threat" on the gridiron and an accomplished baseball player, too.
Posted: 9:15 AM, Jan 16, 2023 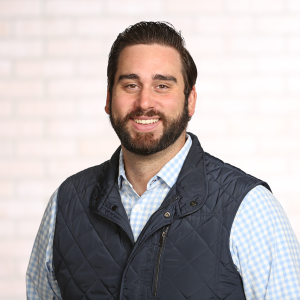 We’re taking the arrival of Coach Prime on a 360 by looking at the excitement of new recruits, ticket and merchandise sales, national exposure for CU, why it’s a big deal and the outlook for the team.

The University of Colorado at Boulder has been home to a middling football program for the better part of this century, but you wouldn’t know it from the renewed energy there this winter.

College football’s hype train has made a stop in Boulder after the hiring of Deion Sanders as CU’s head football coach.

The casual fan may well be asking: What makes Deion so special?

Well, there’s his instant success as a head coach at Jackson State, and the flood of recruits following him to Colorado. But the spectacle began long before he became Coach Prime.

First, he was Prime Time, a nickname earned during an electric and illustrious playing career with the Atlanta Falcons, San Francisco 49ers, Dallas Cowboys, Washington Redskins and Baltimore Ravens.

Sanders is a Hall-of-Famer, widely regarded as the best cornerbacks of all time – perhaps even one of the best players at any position to ever play the game – and was a rare “triple-threat” who played on offense, defense and special teams.

“That was rule No.1 with Deion. Throw to somebody else. Don’t let him touch the ball. And don’t kick it to him.” - Bill Belichick

Sanders intercepted 53 passes in his career. It’s an amazing stat, not because it ranks 25th in NFL history, but because opposing teams made a conscious effort to avoid throwing the ball his way.

Teammate and fellow Hall of Fame inductee Troy Aikman described Sanders to the Dallas Cowboys’ official site as “the only true shutdown corner I know,” and said Sanders would go weeks without being targeted.

The risk-versus-reward math just didn’t add up, thanks to Deion’s sure-handedness and unparalleled playmaking ability with the ball in his hands.

Of his 53 career picks, Deion took nine of them to the house – including five returns of more than 70 yards. He also returned a combined nine kickoffs and punts for touchdowns.

He even logged 60 career catches as a receiver, to boot.

Two sports in one day

Sanders was famously a two-sport player, playing a lengthy career in both the NFL and Major League Baseball.

The sabermetrics fans among us will appreciate his career 5.5 Wins Above Replacement value, including a 3.2 WAR in 1992.

Even with all of the remarkable statistics on both fields, Super Bowl wins and career accolades, though, no story quite sums up the legend of Deion Sanders quite like what transpired on Oct. 11, 1992.

He started at cornerback for the Falcons in a 1 p.m. ET kickoff, returning two kicks and a punt in a loss to the Miami Dolphins in Miami. After the game, he took a helicopter to the airport and a plane to Pittsburgh, where he suited up for the Braves’ National League Championship series game against the Pittsburgh Pirates.

Much to his dismay, he didn’t get into the game that night. He told Bleacher Report the decision to scratch him from the lineup was not his.

The Braves did, however, go on to the World Series that year, and Sanders recorded eight hits and five stolen bases in four games.