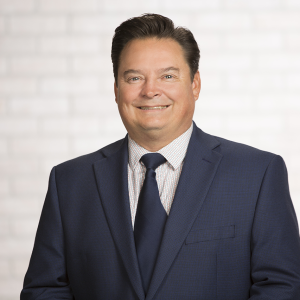 Looking to jumpstart a franchise, if not a dormant offense, the Broncos finalized a four-year deal to make Nathaniel Hackett their next head coach. Here's an in-depth repot from Denver7 Sports anchor Lionel Bienvenu and Broncos insider Troy Renck.

DENVER — Looking to jumpstart a franchise, if not a dormant offense, the Broncos finalized a four-year deal to make Nathaniel Hackett their next head coach.

Hackett becomes the Broncos’ fourth coach in seven years, explaining the importance of general manager George Paton’s exhaustive search that crisscrossed the country over the past two weeks. The Broncos and Hackett have agreed in principle to the contract, a move designed to to bring energy and stability to a franchise looking to return to its glory years.

The former Green Bay Packers offensive coordinator provides experience, a creative mind and a history of working with quarterbacks of all abilities as Denver aims to end its six-year playoff drought and five-year run of losing seasons. Dallas Cowboys defensive coordinator Dan Quinn was considered the favorite, but Hackett won out in a field of 10 candidates, including fellow finalist Kevin O’Connell, the Rams offensive coordinator.

"Nathaniel Hackett is a dynamic leader and coach whose intelligence, innovation and charisma impressed us from the very start of this process," Broncos general manager George Paton said.

Hackett, 42, boasts a reputation as a football renaissance man. The first-time head coach has gained attention for his unique ways of teaching, incorporating everything from Austin Powers to Will Ferrell movies into his play calls and meetings. Packers quarterback Aaron Rodgers, whose future is again in limbo after an ugly playoff loss to the 49ers, has pushed for Hackett to get a head coaching job. Rodgers flourished under Hackett, posting 111 touchdowns with 13 interceptions over the past three seasons.

Hackett interviewed with Atlanta last offseason, saying he learned from that process.

The Broncos, Jaguars and Vikings had talked with Hackett in recent days. The process to land Hackett accelerated on Wednesday. A second in-person interview with Quinn was never scheduled as he talked with the Giants on Monday and Bears on Wednesday. On Wednesday afternoon, discussions picked up with Hackett's agent. Then came word that negotiations were falling apart between Jacksonville and Tampa Bay's Byron Leftwich, leaving the Jaguars to re-focus their attention on Hackett with a second interview Thursday. Hackett had leverage as Quinn decided to remain in Dallas.

The Broncos made sure Hackett never talked with Jacksonville again. The Broncos were able to bridge the gap on the contract with Hackett, finishing up around 11:30 p.m. on Wednesday.

"It's really cool to have an offensive head coach and obviously coach Hackett is definitely experienced in what he's doing," he said. "I've got a couple guys I'm close with that played on the Packers say really good things about him so I'm excited to meet him."

For the 24-year-old who finished as the team leader with 68 catches last season, having an offensive-minded coach is welcomed news.

"From our front office's standpoint, they hired you know, Hackett based on what he can do so that's solely what they pride themselves on and what he prides himself on. So I'm excited to you know, be a part of that." Fant said.

While Hackett did not call plays in Green Bay, he was in charge as Jacksonville reached the AFC Championship Game. Early candidates for his defensive coordinator and offensive coordinator positions have emerged. Hackett is expected to request permission to interview his former UC Davis teammate and good friend Ejiro Evero, who is in his fifth season with the Rams, and his first as the secondary/pass game coordinator.

As for the offensive coordinator, NFL Network reported that Hackett will target Packers line coach Adam Stenavich, though Hackett would be expected to call plays as he did in previous stops in Buffalo and Jacksonville.

Talking to former players, Hackett has drawn praise for his ability to listen, incorporate ideas and embrace challenges, among them coaching Rodgers.

"I’m excited man!! Full faith that George Paton is getting us in the best situation to turn this thing around. As always, damn proud to be a Bronco and excited for the future," left guard Dalton Risner told Denver7

Hackett grew up around football with his father Paul, a longtime college — he held the top job at USC — and pro coach. He was an offensive coordinator with the Steelers, Chiefs and Jets.

Nathaniel Hackett thought he wanted to be a doctor before switching gears in college. He began his coaching career in 2003 at UC Davis where he played, mentoring linebackers in between teaching hip hop dance classes. Hackett joined the pro ranks with Tampa Bay in 2006 with Jon Gruden. It was at Syracuse where he gained traction under coach Doug Marrone. Marrone brought him on his staffs at Buffalo and Jacksonville.

In 2015, Hackett joined the staff as quarterbacks coach and was promoted to offensive coordinator midway through the 2016 season. He worked around the maddening inconsistencies of quarterback Blake Bortles to help guide the Jaguars to the 2017 AFC Championship game. The Jaguars, behind a bullish running game, ranked fifth in scoring and sixth in total yards.

Admittedly shocked, Hackett was fired in 2018 by Marrone following the Jaguars’ seventh straight loss, the offense skidding because of injuries to running back Leonard Fournette and Bortles’ struggles.

Hackett resurfaced in Green Bay as the offensive coordinator, helping coach Matt LaFleur, the playcaller, form game plans, while translating the West Coast offense to players. The Packers flourished, leading Rodgers in line for his second-straight MVP award. Rodgers has said of Hackett’s coaching style: “No one brings more joy.”

Paton sought a leader who could “inspire and empower.” Hackett is a caffeinated personality, a stark contrast to his predecessor Vic Fangio. It's impossible to overstate how well Hackett interviewed. He met with department heads, made suggestions, and discussed a plan to play complementary football in all three phases that resonated with Paton and crew.

Hackett joins a franchise in transition. The Broncos are expected to be placed on the auction block in the coming days, leading to a new owner this spring, something Hackett broached with CEO Joe Ellis during his Monday visit. There will also be roster turnover as the team looks to rebound from a 7-10 record and last place finish in the AFC West.

The challenge for Hackett is clear: help provide hope and restore the glory to a storied franchise. It starts with his leadership, and will require an upgrade at quarterback.