DURANGO, Colo. – Colorado Parks and Wildlife staff say an orphaned bear cub whose paws were burned in the 416 Fire will likely be returned to the wild after it is fully rehabilitated.

The bear was discovered by firefighters on the 416 Fire during the week of June 18. She was wandering alone on the southern edge of the fire, CPW says. They watched her for several days and didn’t see her mother. 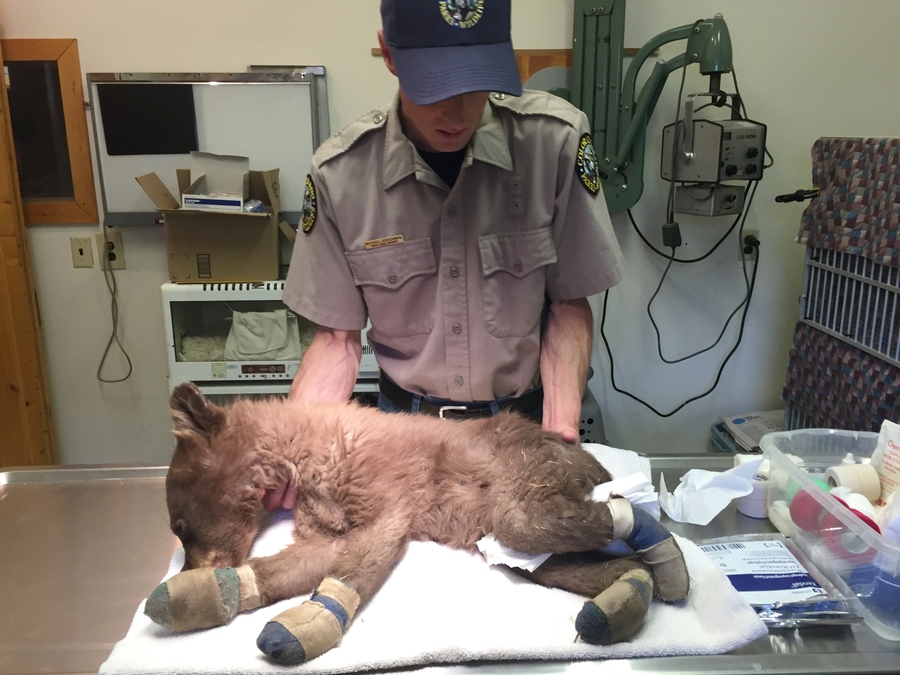 So on June 22, wildlife officers found the cub in a tree, tranquilized it and sent it to its facility in Frisco Creek.

The bear hadn’t eaten in a couple of days but suffered only the burns to its paws. Wildlife officials say they’re unsure how the cub may have been separated from its mother, but say it’s possible she placed the cub somewhere she thought was safe but was unable to return. 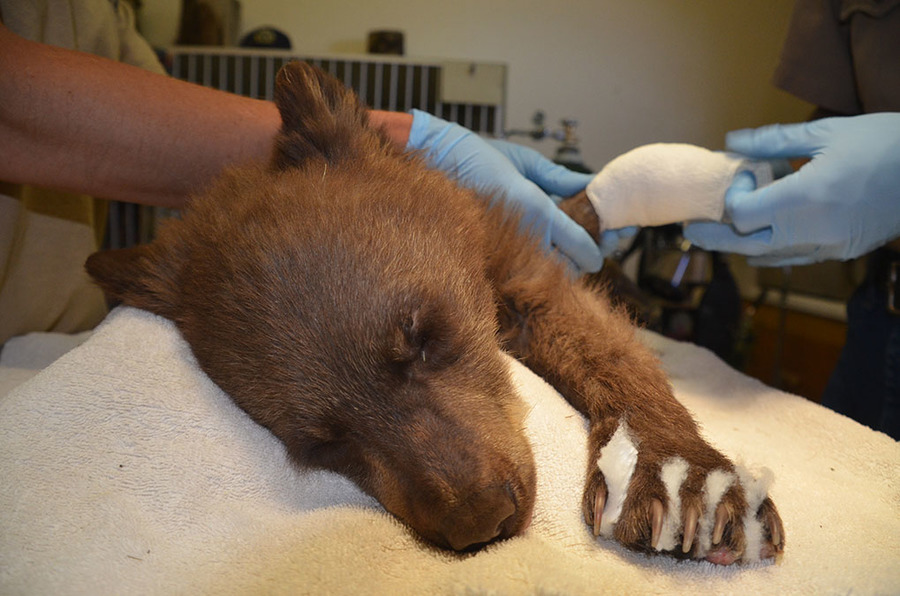 CPW officials have been treating the cub’s paws with a salve, wraps, small doses of pain medication and antibiotics. She is isolated from other bear cubs at the facility and her contact with humans is being limited so she doesn’t get too used to them and can survive in the wild if she is released. 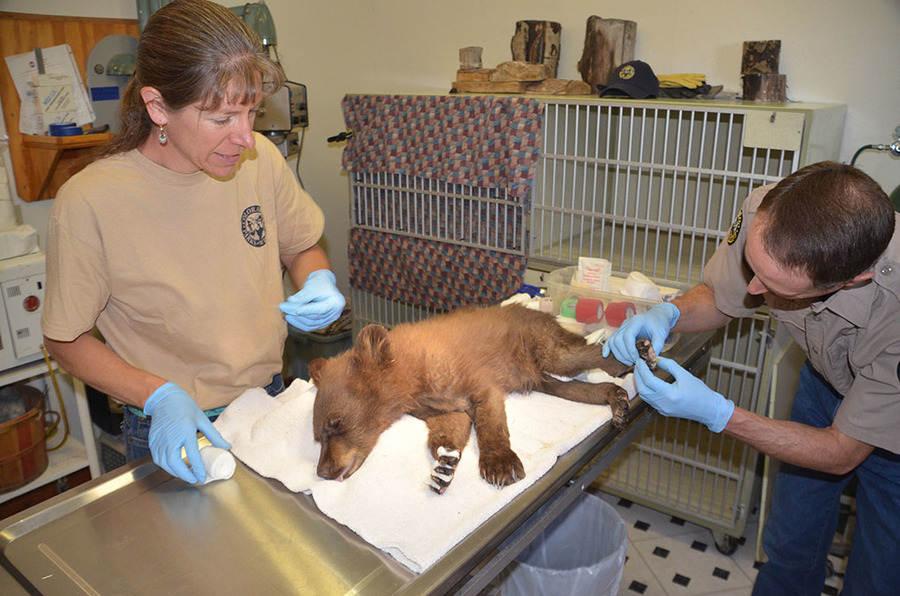 “We have good luck returning young bears to the wild. We’re very strict about minimizing human contact” said Michael Sirochman, the manager of the Frisco Creek facility. He said the cub was “responding very well” to treatment and that he believes the cub can be returned to the wild by the winter. 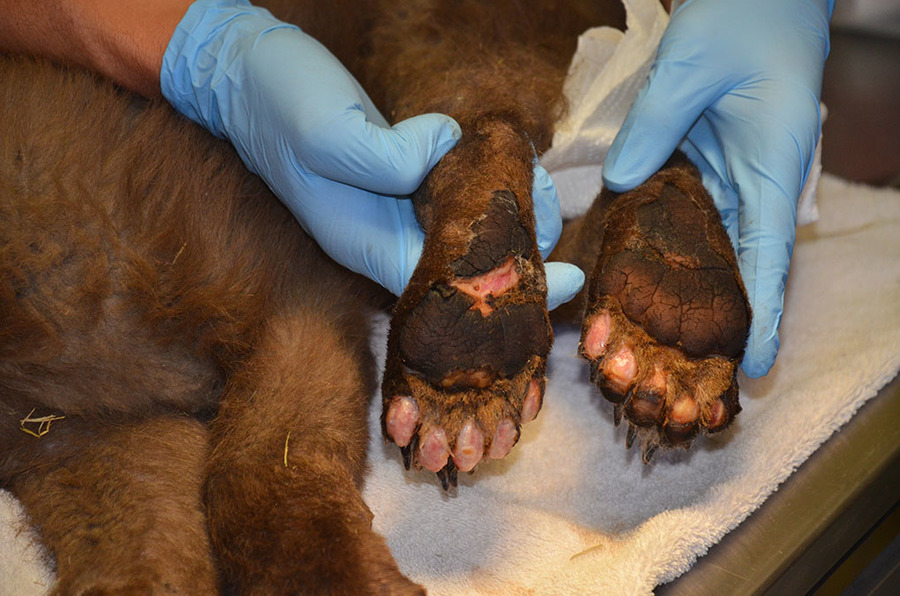 The cub’s treatment will continue for at least a month and she’ll then be placed with four other bear cubs at the facility to grow before their possible release.

Officials say they plan to build a den close to where the cubs were found in hopes that they will hibernate and re-emerge by spring 2019. 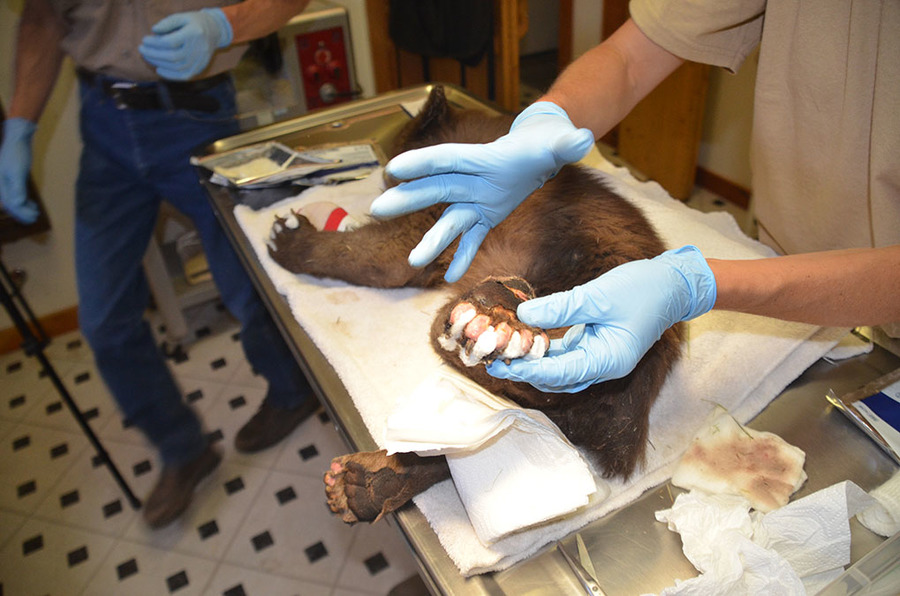 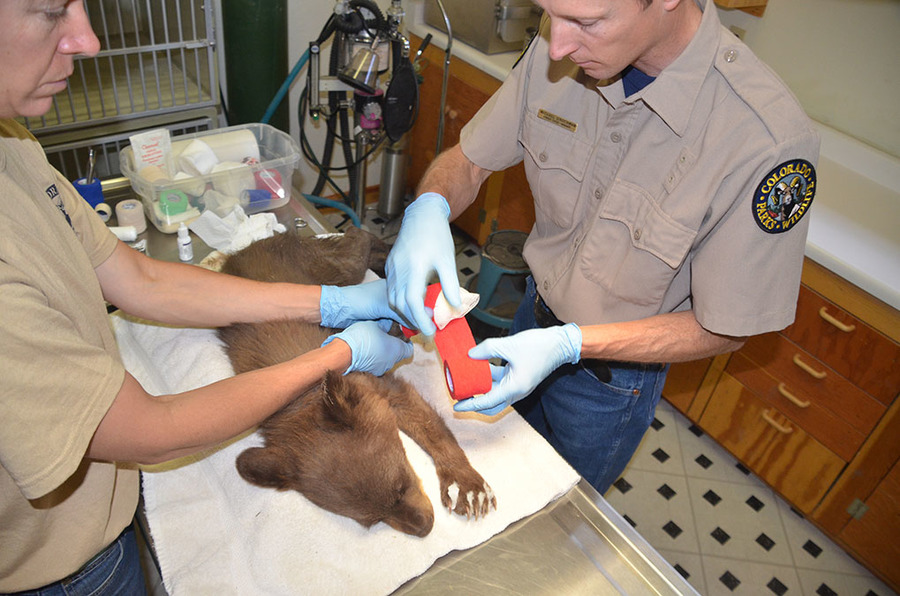 (All photos via Colorado Parks and Wildlife)