A toy boat launched by a fourth grade class in Charleston, South Carolina, was discovered by a mother and her 3-year-old son more than 4,000 miles away in Wales.

The students at St. Andrew's School of Math and Science launched the boat they named “Carolina Dreamer” off the coast of South Carolina in May 2015 as part of the Educational Passages program, which uses GPS tracking systems on the little boats to teach children about the sciences of the world’s oceans.

After briefly losing track of their vessel, the kids are now “over the moon” that their “little diva,” as they refer to her, has been located.

“When she stopped pinging and we didn’t hear from her, it was like we lost a part of our class. We lost a friend,” teacher Amy McMahon told ABC News of her students’ beloved project. “As she approached the coast of Ireland it felt like she was playing hide and seek with us. It was 20 minutes off the coast of Ireland and she was a diva and said she didn’t want to stop there.”

The class had been tracking their boat’s journey for nine months when they noticed the GPS stopped sending a signal on Feb. 2.

“We were very worried that we may never hear from her again,” McMahon told local station WCSC. “Our students frantically contacted harbormasters, the U.K. Coast Guard, and anyone and everyone who may come in contact with her. The response was astounding, and it seemed that the entire coastline of Ireland and Wales were keeping watch.”

Little did they know that their boat would soon be in good hands, safe with a mother and her young son on the quaint coast of Borth, Wales. 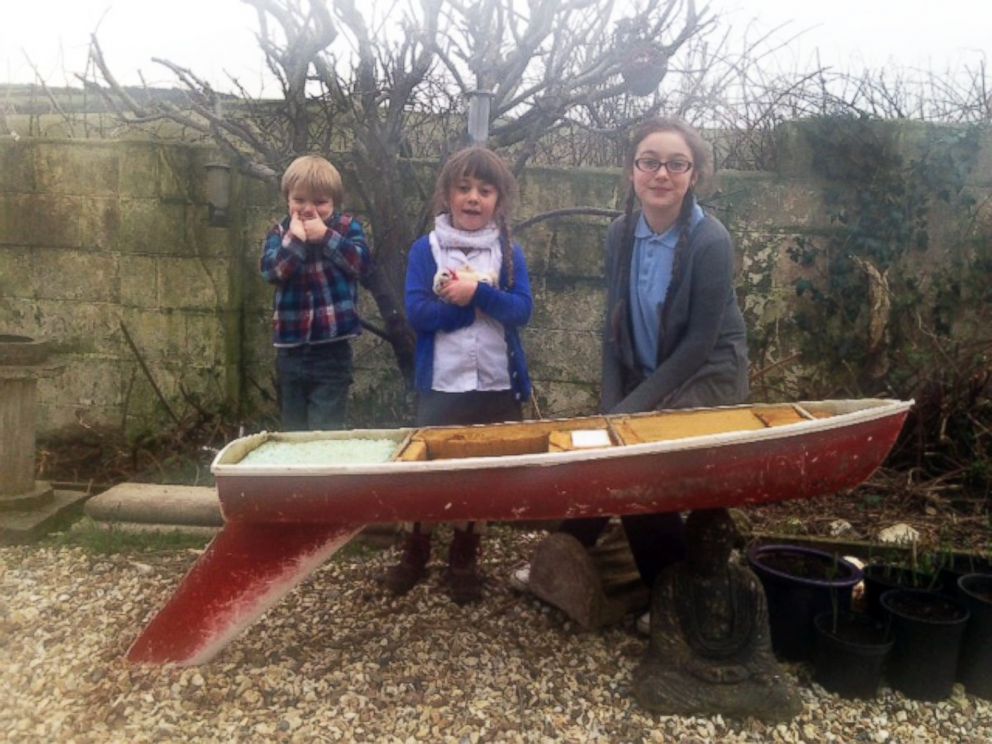 “I went to the beach for a walk with my 3-year-old son William,” Helen Hinks wrote to ABC News of their shocking discovery. “We often go before picking up my daughters from school. It was a nice day, high tide and good waves.

"As we watched the waves we noticed something in the water," she continued. "William said, ‘It’s a boat.’ It literally sailed right up to where we were standing and I ran in and pulled it out. William was so excited saying it was a pirate ship. I thought it was really magical the way it sailed so beautifully to us. It had no mast sail or cover but you could tell a lot of care had gone in to the making of the boat and due to all the barnacles that it must have been in the water a long time.”

Unsure who the boat belonged to, Hinks took it home to be stored in her father-in-law’s garage. That’s when the GPS tracker stopped pinging with the class in South Carolina.

“I asked my daughters' school if they wanted it and told them how we'd found it,” Hinks explained. “Just over a week had passed when a friend of mine sent me the link to the local news report. It had the full story of when she was launched and photos.”

After learning of the cherished boat’s background story, Hinks immediately contacted Educational Passages to alert the South Carolina school children that their “Carolina Dreamer” had been found.

“We were so happy and amazed to have found it and to have been a part of its journey,” said Hinks. “I have spoken with the teachers and pupils of St. Andrews via Skype, such enthusiastic wonderful people who made this project possible.”

Her daughters’ school is now working with McMahon’s class “learning about each other's environments and making new friends,” said Hinks. “Such a fantastic learning opportunity for both schools.”

The Welsh students are working on repairing the mini-boat and plan to re-launch her back to the United States this summer. 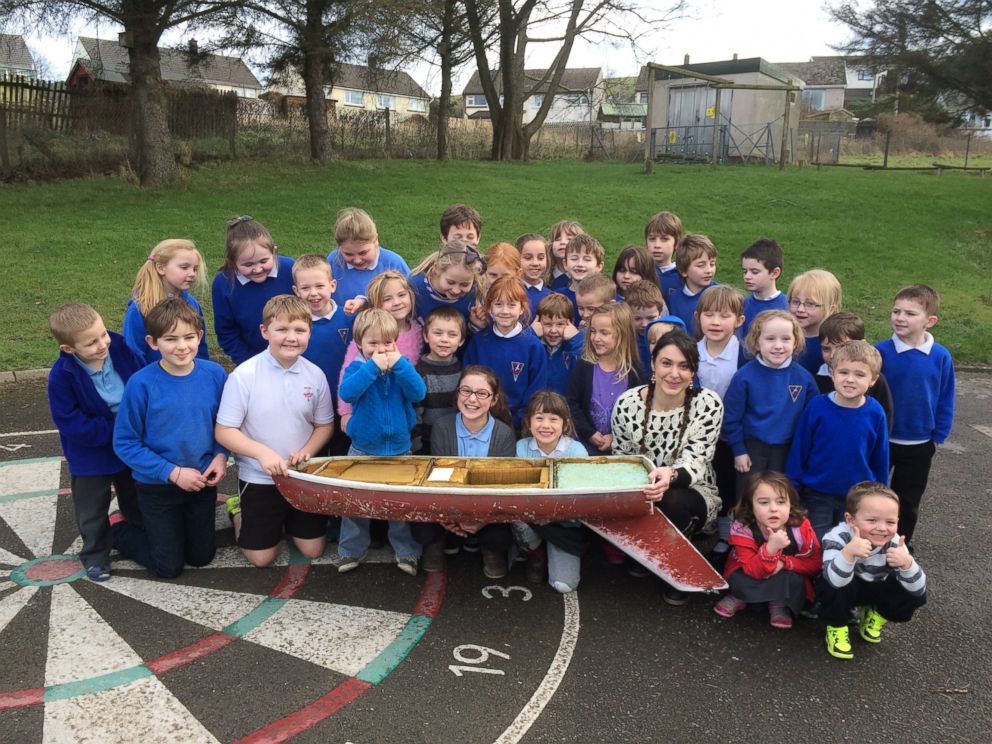 (PHOTO: Students in Wales pose with the boat once it was discovered there by Helen Hinks.)

“To me, it was the perfect storm,” said McMahon. “She’s such a celebrity now. This little boat is so special. We tracked the weather and knew when she was in bad storms. She is a survivor.”

McMahon said her students believe their mighty mini-boat just needed a little “beauty rest,” before getting repaired and making her way home to them.