Avg. individual premiums will rise by 5.6%

DENVER – Individual health insurance premiums will rise by an average of 5.6 percent across Colorado in 2019, which state officials says is a marked improvement over the large increases seen this year.

The 5.6 percent increase is an average of all plans from all companies in all areas of the state, meaning that some people’s rates could increase more than that compared to this year’s rate, while others could see decreases, the Colorado Division of Insurance said Thursday.

Small group plan premiums will increase by an average of 7.3 percent, the DOI said. The rates are similar to what the insurance companies proposed to the DOI earlier this year. 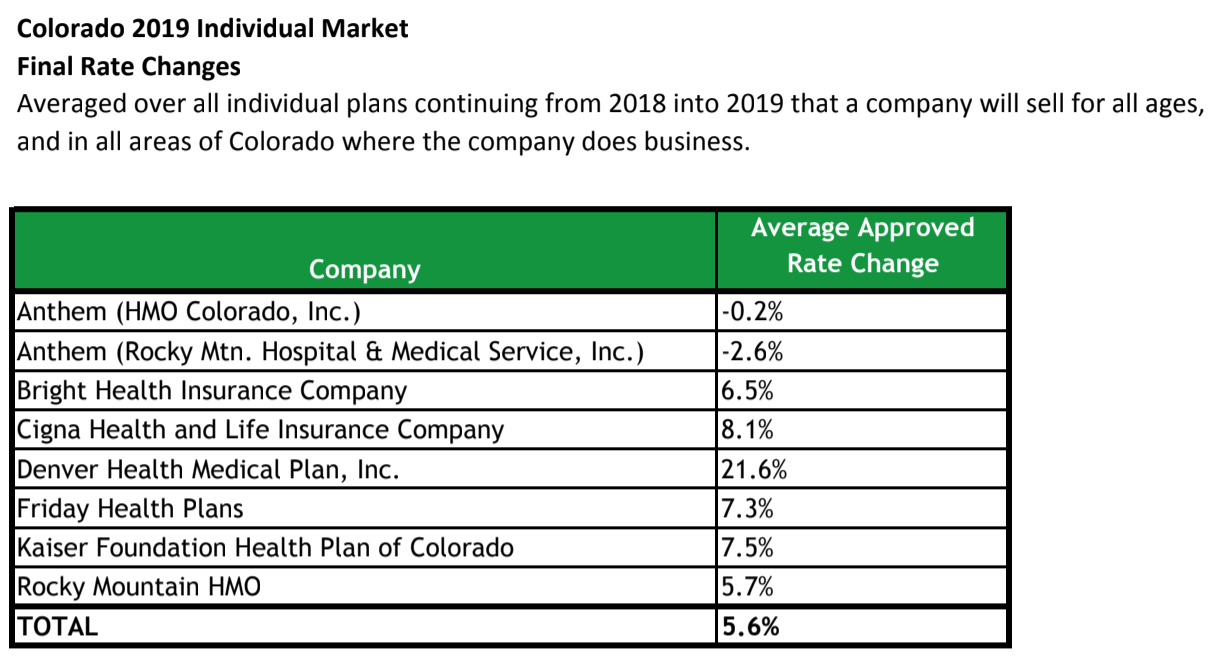 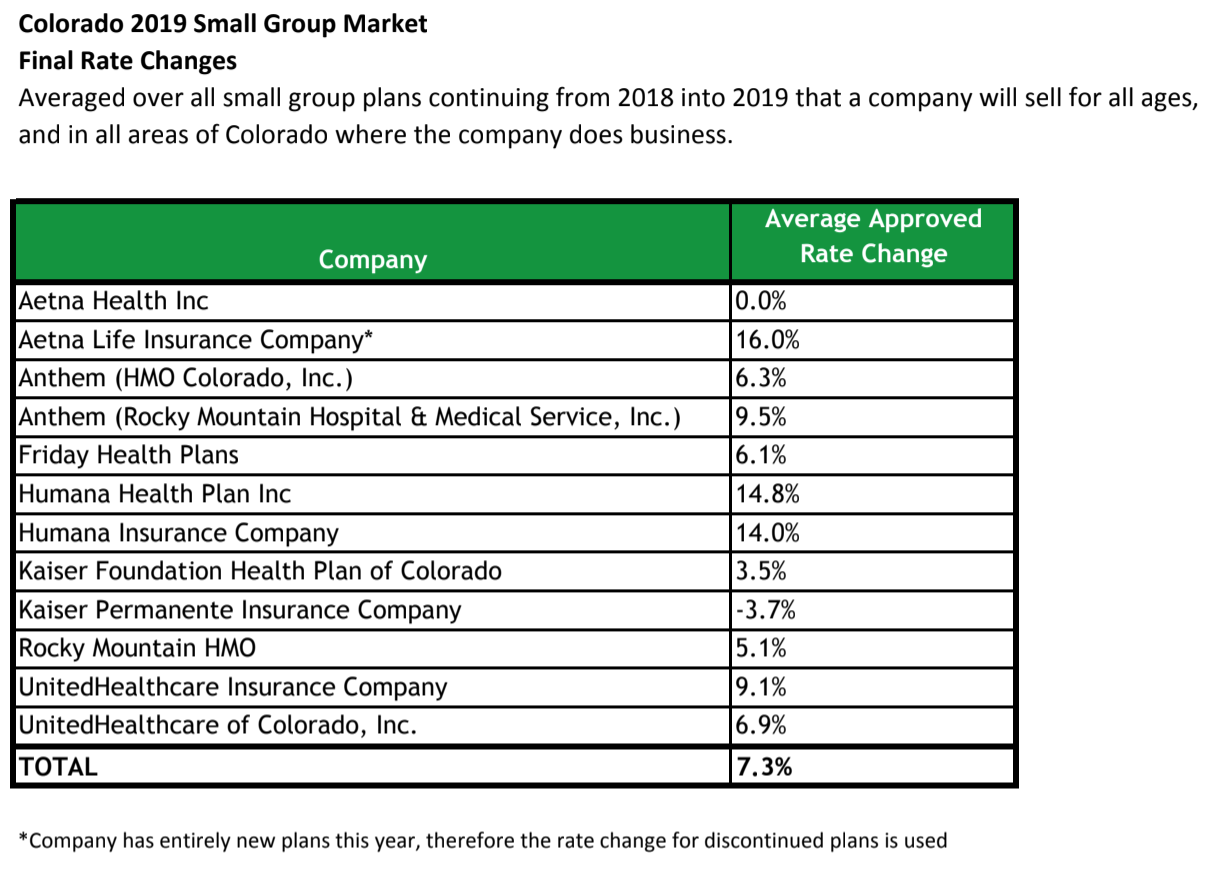 The DOI notes that the average increase across individual plans does not account for Advance Premium Tax Credits that lower-income individuals can apply for. The DOI says that when the APTCs are included, premiums will decrease by 24 percent for people who purchase the same plan for next year that they had this year.

But the DOI and the state marketplace, Connect for Health Colorado, urge people to shop around on the marketplace, saying that it’s possible some people could see their premiums decrease by up to 50 percent from 2018.

“For this year’s open enrollment, it’s critical that people take some time to shop and compare the plans to see what can best fit their health and financial needs,” said state Interim Insurance Commissioner Michael Conway in a statement. “There really are savings to be had for many if they take the time to look.”

Silver plans will see the largest average premium increases because of how the state decided to manage the cost-sharing reduction payments that help people reduce out-of-pocket costs when President Trump pulled the funding for them—putting the burden back on insurance companies, who in turn raised rates on the Silver plans to recoup costs.

“The 2019 premiums are the lowest we’ve approved in years, with minimal increases and, in some cases, decreases,” Conway said. “This is a dramatic change from last year’s severe increases, which were exacerbated by instability at the federal level and the Trump administration’s last-minute decision to cut off cost-sharing reduction payments.”

The DOI plans to host a public forum later this month to discuss the new premiums and rates for 2019 along with representatives from the insurance companies. Find more information on the forum here.