A Bible, pulled from a charred SUV, was virtually untouched after the vehicle burst into flames along a Memphis highway.

A Bible, pulled from a charred SUV, was virtually untouched after the vehicle burst into flames along a Memphis highway.

According to Memphis affiliate WREG, the incident happened on the eastbound side of 385 around 2:30 p.m. Sunday local time.

Police said a Jeep left the road and caught on fire. 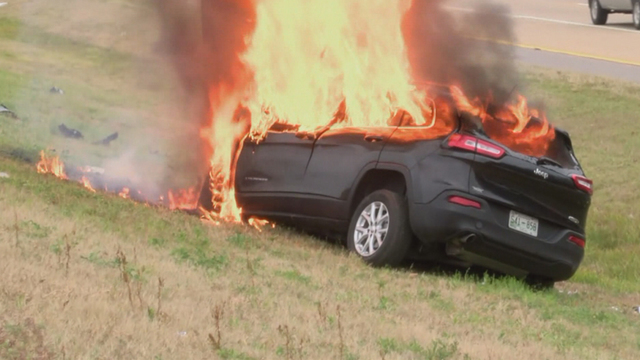 An officer and Good Samaritans pulled the driver from the vehicle moments before it exploded.

"Everybody started getting stuff to bust the windows. We had to get the man out of this car,” witness Elicia Bridgforth said to WMCA.

The SUV was destroyed, but a Bible recovered from the passenger seat was found unharmed.

Anita Irby, a woman who shared footage on Facebook, wrote, "God was on 385.. And all that was left was his word."

#Breaking An MPD K9 Officer and passers-by rescued a trapped driver on 385 from a burning Jeep before it exploded.http://www.wmcactionnews5.com/story/31275611/exclusive-video-car-bursts-into-flames-on-i-385

I just saw GOD on 385. I'm always in awh of his wonders but today just blew my mind. This car ran off the road and hit a...