After a slate of anti-LGBT bills in Tennessee, Taylor Swift donates $113K to gay rights group

NASHVILLE, Tenn. — Music superstar Taylor Swift has donated $113,000 to a group that advocates for LGBT rights in her home state of Tennessee.

In a note, Swift said she was making the donation in response to a series of bills introduced in state legislature that would severely limit the rights of gay people to adopt children, use the bathroom of their choice or marry the person of their choice.

Chris Sanders, the director of the Tennessee Equality Project (TEP) posted a letter to Facebook Monday evening written by Swift.

In the letter, Swift acknowledged TEP for their organizing the recent petition of Tennessee faith leaders standing up against the "slate of hate" in the Tennessee legislature.

TEP gave the name to a series of bills introduced in the legislature that would hurt the LGBTQ community.

Swift praised faith leaders in the letter writing "I'm so grateful that they're giving all people a place to worship." 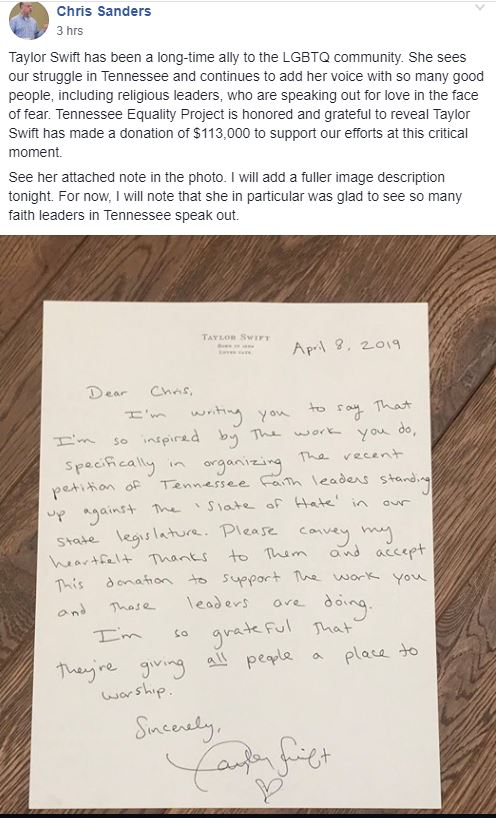