A tornado touched down just south of Akron, in northeastern Colorado, Tuesday evening, according to the Nation Weather Service in Boulder. 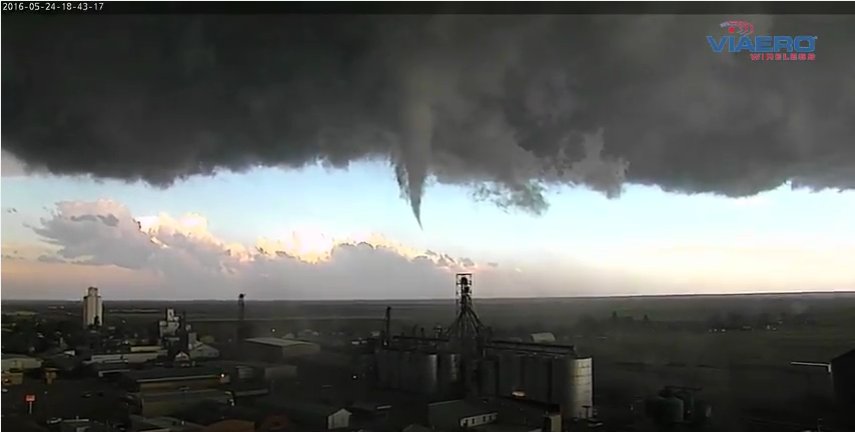 Another view of the Akron Tornado as it passed by #cowx #denver7 pic.twitter.com/804Ahiprxk

Denver7 Meteorologist Cory Reppenhagen is in the area now working to confirm whether the tornado caused any damage or injuries.

Refresh this page for updates.