Students protested at Regis Jesuit High School in Aurora on Friday after male students made jokes about rape, according to our partners at The Denver Post.

Male students sent tweets to female peers, joking about rape, suicide and sexual harassment, according to Elizabeth Hernandez, who is an education reporter with the Post.

Hernandez tweeted a photo of a protester holding a sign that reads "Stop sexism." 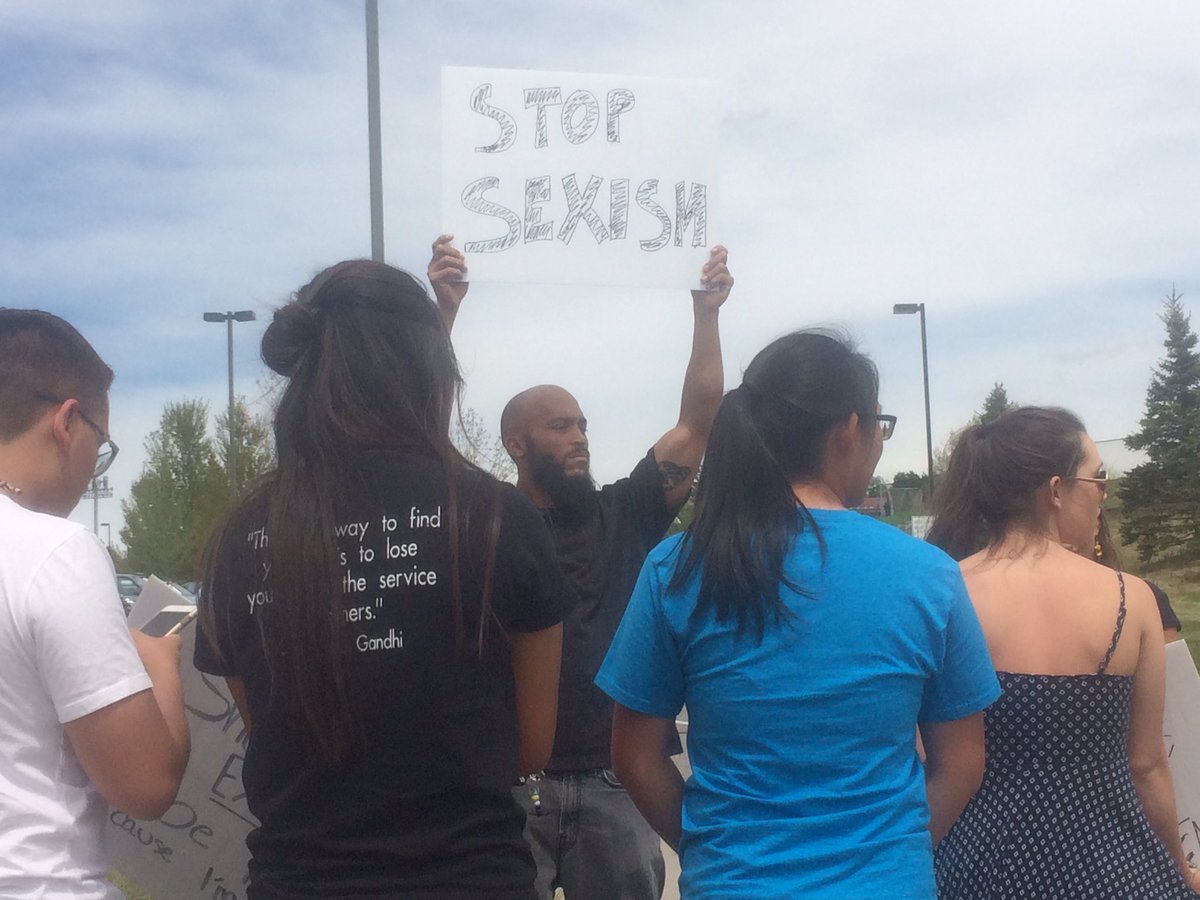 The private high school is located near South Parker and East Arapahoe roads.

Students from other schools attempted to join the protest, Hernandez said on Twitter.

"We hope to raise awareness that sexual harassment and suicide are not something to joke about ever" Elizabeth Mansfield, 17, Grand View HS

Hernandez reported that school security officers told protesters from other schools they were not allowed on campus, which is private property.

Humphrey gave this paper to president of school pic.twitter.com/omEIwvOopQ

Two male students from the Catholic school are now on "indefinite suspension," the Post reported.

Read more from our partners at The Denver Post.