The northbound lanes of Chambers Road are closed just north of East 6th Avenue due to a stabbing investigation. We saw police put at least one person in a patrol car.Aurora Police were also at a house at 14999 E. Walsh Dr.Police said one pers

A man has life-threatening injuries after a stabbing on East Walsh Drive.

We saw police put at least one person in a patrol car on Chambers Road, just north of East 6th Avenue. The northbound lanes of Chambers were closed during the morning commute. 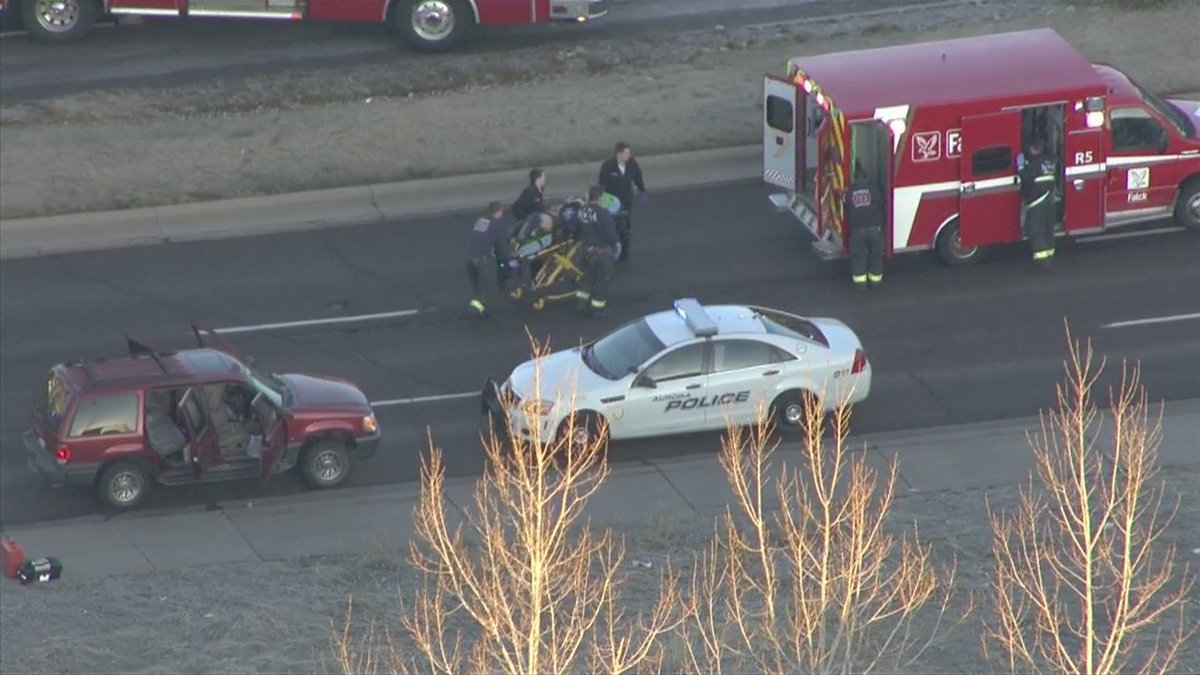 Aurora Police said the stabbing happened at a house at 14999 E. Walsh Dr.

Police said one person was rushed to the hospital with life-threatening injuries.

There was a person in handcuffs sitting on the front porch, surrounded by police, at 7 a.m. However, police said they had not arrested anyone.

1 Person is in the hospital with life threatening injury. No arrest have been made but we are not looking for any suspect at this time.

Police said they were still actively investigating the stabbing at 8 a.m.

Refresh this page for updates.

Sign up for Denver7 email alerts to stay informed about breaking news and daily headlines.