Light on his feet: The unexpected reason a Colorado man is climbing the state's 14ers barefoot 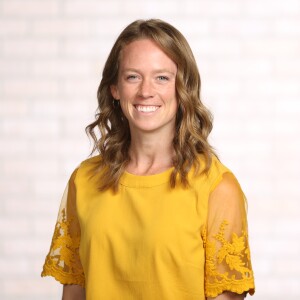 Meet Jonathan Mather, the Woodland Park man who's halfway done summiting each of Colorado's 14,000-foot peaks – barefoot – and his unexpected reason for the quest.

WOODLAND PARK, Colo. — When Jonathan Mather stands on the summit of some of Colorado's highest peaks, he feels not only gratitude, but the cool rocks under his bare feet.

"When I'm barefoot, my feet are feeling Mother Earth underneath," he said. "It's just a sensory experience unlike anything else."

"People ask me all the time: Why are you doing this?" he said. "And I basically tell them, ‘Hey, I really enjoy it.'"

Going barefoot outdoors is not part of some new trend Mather is jumping on. He's explored the wild without shoes since he was a child. And he just never stopped.

"If I could go everywhere barefoot — I know it's not socially acceptable — I probably would if I could," he said. "I just enjoy the way it feels."

Before moving to Colorado in 2016, Mather called California home. He enjoyed years of barefoot hiking on the trails and mountains there.

In 2014, after returning from a six-month trip to Romania, he suddenly became sick. He struggled to eat and his weight dropped to just 100 pounds.

While his body tried to fight off the illness, his mental state tired too. Days went by. Then weeks, then months.

"I was in a pretty despondent state of mind," he said. "I was in a place where I was so sick I wanted end my life. I was really, really out of it. Couldn’t find any answers. No doctors were able to help me out. I had gotten into a lot of debt trying to figure out what was going on."

But a diagnosis seemed to elude doctors and Mather found himself at the end of his rope.

"I reached a point where I was about to end my life," he said. "I had this incredible experience that I can't explain: I believe I encountered what I would call God right before I was about to kill myself and he told me to move to Colorado."

It wasn't like a face-to-face conversation, he said, but rather the presence of unconditional love pushing him in that direction.

Things didn't immediately improve — he was still sick and was living out of his car. But within that first month, he met with a doctor who finally offered him answers: He had Lyme disease. The doctor used alternative medicine and to Mather's surprise, he quickly bounced back to his normal self.

"I took that as a sign I was supposed to be out here and I stayed," he said. "For me, it was miraculous."

As he regained his strength, his love for the Colorado mountains grew.

"I’ve fallen just head over heels in love with the mountains, so I know I’m supposed to be here," he said.

It all started in the beginning of the summer of 2018, when he decided to hike Grays Peak and Torreys Peak, two popular 14ers west of Silver Plume, after doing the Manitou Incline several times without shoes. Not thinking much of it, he started off from the trailhead barefoot.

"I didn't think it was a big deal," he said. "It wasn't until I started seeing people's reactions on the trail that I was like, ‘Hey, this might be kind of weird.’ Like, apparently people don't do this."

His first time up beyond 14,000 feet didn't pose much of a challenge for his bare feet, but rather his lungs. While he started late in the afternoon that summer day — a common newbie mistake — an incoming thunderstorm curved around the 14ers and the clouds treated him to a spectacular sunset.

"There was something special about it, for sure," he said. "Because it was my first one, the sunset was amazing, and it was just perfect, picturesque views of Colorado."

He said he didn't set out that day thinking he was at the start of a journey to summit every 14er barefoot. That was never the plan, he said. But when he finished, he knew he wanted to try all of them.

"I just really like the way it feels," he said. "And I just ended up doing them and continue to do them. And I've gotten 25 of them. So, I think, 'You're at this point, you might as well complete them all.'"

His feet are usually "slightly, slightly perturbed" afterward, he explained, but never bother him to the point where he needs to put on shoes, which he always brings in his pack just in case.

He said the hardest barefoot mountain adventure to date was Mount Yale in the Sawatch Range, thanks to deep snow. He lost feeling in his toes for a month and a half afterward, so he avoids snowy routes now, he said with a smile. Scree, or small loose, jagged rocks, can be tricky, but only becomes a problem for Mather if he's rushing to keep up with a shoed friend, he said.

While he has no problem going solo, he sometimes has buddies join him, including Josiah Tomaszewski, 22, and Zach Worlitz, 34.

After hiking several 14ers with Mather, Worlitz was even inspired to try his hand at it. He said he made it about three-quarters of the way up Mount Shavano before putting on his shoes.

"I am not conditioned like he is. He's been doing it for a long time," Worlitz said. "But it's fun. It is a different kind of experience doing it barefoot."

Tomaszewski, who's hiked for years, joined Mather on Mount Elbert in the summer of 2019 and was equally amazed at his barefoot abilities as others on the trail.

The conversations were usually brief, but people admired what he was doing, Tomaszewski said, even if they couldn't understand why.

When a friend can't join him, or if he's seeking solitude on easier routes, Mather said he brings his dog, Shekinah, along with him.

Ironically, in all the 14ers he's done barefoot, the only injury came when he was forced to put on shoes to outrun an incoming storm. It happened on the El Diente Peak and Mount Wilson traverse in the San Juan Mountains and he chose to stop his barefoot venture to lace up his brand new boots and hurry down to safety. He ended up with a blood blister that lasted about a month and a half. He said he hopes to return in the future for another go at the full traverse barefoot.

That route remains on Mather's list as a possible 2021 undertaking, when he’ll strap his shoes to his pack and start climbing again. But his venture is paused for now. Snow is not kind to bare feet.

If you can push the joke aside, you could say that people need to walk a mile in his shoes before questioning his reasons for scaling Colorado's 14ers barefoot.

This uncommon hobby has attracted concern and questions, including some hostile ones. But he takes those inquiries in stride and whether he’s asked on the mountain or on social media, explains that he's all too aware of the risks of hiking barefoot.

"But I could hurt myself if I was hiking with boots on too," Mather adds.

READ MORE: Stories behind the summits: The history, origin behind the name of every Colorado 14er

He said he believes most of the criticism comes from individuals who don't know his history with leaving his shoes at home or in his pack.

He said it's only on social media that people have aggressively come after him, asking the common question, "What are you trying to prove?"

"I think I get that question the most online, at least from critics: What do you have to prove?" he said. "And I don't have anything to prove. It's not about that. It's just about enjoying it."

And enjoy it he does.

“I've learned to enjoy discomfort,” Mather said. “I think it's been actually enjoyable for me to have moments where it's like, ‘Well, it really sucks,’ but at the same time, I'm enjoying the fact that this sucks because it's character building. … I'm not saying that everybody should go build character by doing 14ers barefoot. We all have our areas where we need to build character in. But for me, it's been actually conducive to helping me be more disciplined in other areas of my life.”

The mountains are where he connects to what truly matters, he explained. It's not everybody's place for that, but it's absolutely his. He finds grounding up at that elevation.

"They make my problems feel so small and because I went through something that was, for me, so drastic and so intense, I think that they're almost like a physical representation of the fact that you can overcome anything," he said. "And that for me is something to be joyful over."