From the Denver7 news desk: Breaking and developing news on Sept. 5, 2019

This is the Denver7 breaking and developing news blog. Throughout the day, this story will be updated with both minor and large breaking news events that our readers care about. Check back as we continue to update this story.

5:10 p.m. — Denver police tweeted that westbound I-70 was back open at Peoria. They said no serious injuries were reported in the crash.

5:05 p.m. — Two parts of I-70 in the metro area are seeing major traffic backups. A hole that developed on eastbound I-70 at Kipling this afternoon has closed many of the eastbound lanes of traffic. And a two-car crash has blocked all lanes of westbound I-70 at Peoria. Click here for the latest traffic conditions. 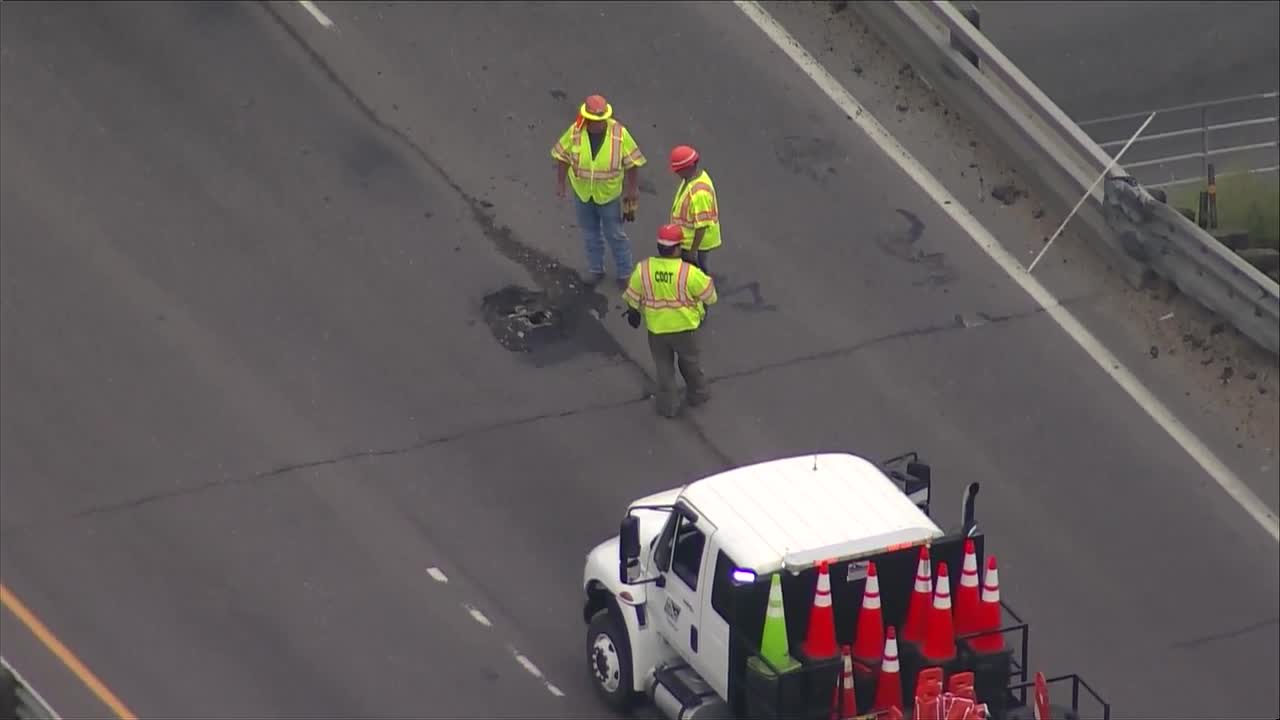 9:35 a.m. — Lakewood police say they are investigating a bomb threat at the DMV located at 1881 Pierce St. The building is being evacuated. Police have asked the public to avoid the area for the time being. The call came in at 8:13 p.m., said John Romero with the Lakewood Police Department. The fire department, police and Jefferson County Sheriff's Office are at the scene with bomb-sniffing dogs.

6:55 a.m. — Three lanes of I-25 at 84th Avenue have reopened after this morning's vehicle fire. The far right lane should reopen soon. A tow truck is at the scene. Once all lanes reopen, traffic should ease up quickly.

6:20 a.m. — A pickup truck caught fire in the northbound lanes of Interstate 25 at 84th Avenue. The fire was put out shortly afterward, but cleanup may take some time. The northbound side is down to one lane. To see which alternate routes will work best for you, check out the traffic radar here.

This is what it looked like before the fire fighters were able to put out the truck fire on NB 25 at 84th. pic.twitter.com/caryI9TrsR