More than a week after tech mobility company LimeBike launched its fleet of electric scooters in the Mile High City without notifying the City of Denver, the street-zipping two-wheelers are still in use and abundantly present.

DENVER -- More than a week after tech mobility company LimeBike launched its fleet of electric scooters in the Mile High City without notifying the City of Denver, the street-zipping two-wheelers are still in use and abundantly present.

According the LimeBike and Bird apps, the companies’ scooters are still available and being used in the city. 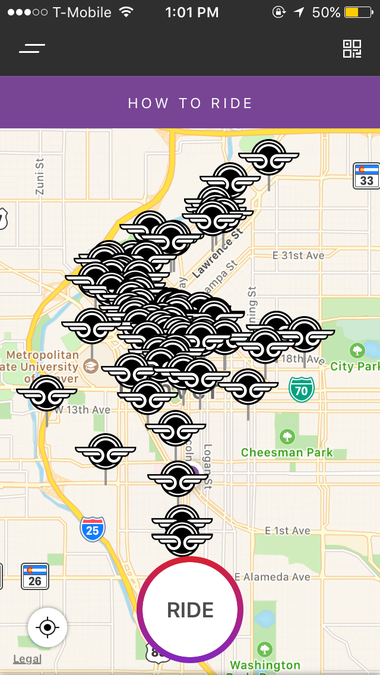 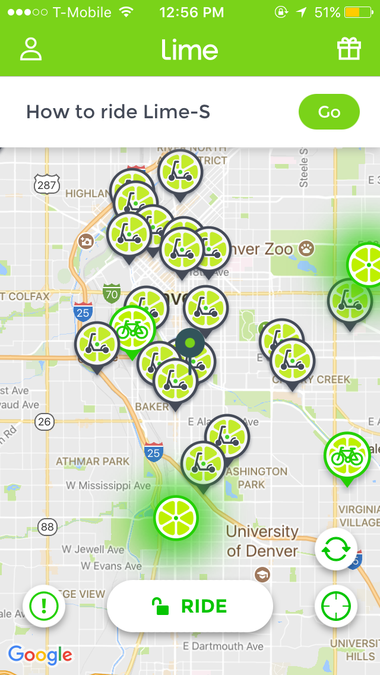 On Friday, Denver Public Works issued an order to LimeBike and fellow e-scooter company Bird, who launched their fleet that same day, to cease operations. Public works told the companies in a release that they were in violation of city code. The problem? The electric scooters are dockless, which means they can essentially be left anywhere -- even in areas where they aren’t supposed to be.

“It is unlawful to utilize any street, alley, sidewalk, parkway or other public place for the storage of goods, wares or merchandise,” the release said, noting that many of the scooters were being left unattended in the public right of way.

On Twitter, many bemoaned the move by public works.

One user, identified as Chris Barnett on the social media site, said “confiscating LimeBike scooters, a cheap, gas-free transportation that Denver residents want and use, is against public interest, and is a surefire way to lose Amazon’s interest in Denver,” referring to the city’s bid to host the company’s second headquarters here. Another user also lamented the decision, saying the scooters were fun and convenient.

And the popularity is visible in data LimeBike made public. By Friday, June 1, Denver riders had logged more than  22,000 miles on 16,000 trips on LimeBike’s e-scooters, according to a blog post by the company.

Others, however, are not enthusiastic about the scooters’ presence in the city.

“Good. Almost got ran over by one of these zipping down the sidewalk yesterday,” Dan Walker said on Facebook. “The city probably received a ton of complaints.”

The city echoed Walker’s sentiments on Twitter, saying safety was paramount to their decision. Denver Public Works tweeted last week that they don't want safety and accessibility to be infringed, “which are huge priorities for making Denver a multimodal kind of town” and added they are “concerned about the use, placement and quantity of these scooters operating on Denver's sidewalks, especially where there are a lot of pedestrians.”

So what does this mean for people who want to use the scooters?

The two companies have shown no sign of removing their scooters, even after the city issued its order last week that the zipping modes of transport be removed. And residents continue to use them even as the city and the companies work through negotiations. According to The Denver Post, the companies said they received the city’s notice and want to work on creating a set of rules to safely and legally operate the scooters within Denver.

If you’re aching to try an e-scooter just keep these rules in mind, as stated by the city in its release:

However, Bird’s website says scooter riders shouldn’t use sidewalks and should use bike lanes when available, contradicting the rules the city laid out.

In sum, residents can still use the scooters but the rules remain murky.