Colorado State University says it “deeply regrets” the experience two Native American teens underwent on a campus tour earlier this week, but says it has been unsuccessful in getting ahold of the family.

FORT COLLINS, Colo. – Colorado State University says it “deeply regrets” the experience two Native American teens underwent on a campus tour earlier this week, but says it has been unsuccessful in getting ahold of the family.

“Early this week, University officials reached out directly to the family of the young men & their high school. We’d like the opportunity to speak w/Ms. Gray & her sons but we have not heard back from the family. We ask them to please get in touch with us at their convenience,” the university said in a string of tweets posted to its official Twitter account.

“We will refund any expenses they incurred traveling to CSU. We deeply regret the unwelcoming and concerning experience they had while guests on our campus,” the university added. “The Office of Admissions, Office of the Vice President for Diversity, Native American Culture Center, and CSU Police Department all are reviewing how such an incident can be avoided or handled differently in the future.”

Early this week, University officials reached out directly to the family of the young men & their high school. We’d like the opportunity to speak w/Ms. Gray & her sons but we have not heard back from the family. We ask them to please get in touch with us at their convenience(1/3)

The university also said it would pay for a VIP tour of the campus, and the trip, for the entire family.

CSU welcomes the Gray family to our campus for a VIP tour with all expenses covered.

The statement came about 24 hours after the news broke that the two teens – 19-year-old Thomas Kanewakeron Gray and 17-year-old Lloyd Skanahwati Gray – had the police called on them by the mother of another prospective student who was also on the official tour at CSU.

The woman, who has not been identified, said the boys were making her “nervous” because they were being quiet.

The teens, who are Mohawk and moved to New Mexico in 2009 from upstate New York, attend Northern New Mexico College and Santa Fe Indian School, and had gone up for the tour by themselves, their mother, Lorraine Kahneratokwas Gray, told Denver7 Thursday.

"They scraped together their dollars, made arrangements themselves to register for the campus tour, and took the only car we have and drove up there," Gray said. “And how it ended was even worse.”

According to Gray, her sons got all the official paperwork to take the tour, and staffers were aware they were a part of the official tour. But after police arrived, the boys could no longer find the tour, and their mother told them to come home.

“When you think about young men of color being shot all over the place, or being arrested…I said, ‘Just get in the car and come home,’” she said. “They’d missed a day of school for this campus tour only to be pushed aside because of some woman’s fears.”

"It breaks my heart, because they didn't do anything to warrant that," she added, saying she had spoken with some administrators but still had raw emotions. "They're walking on their own ancestors' land, so it breaks my heart." 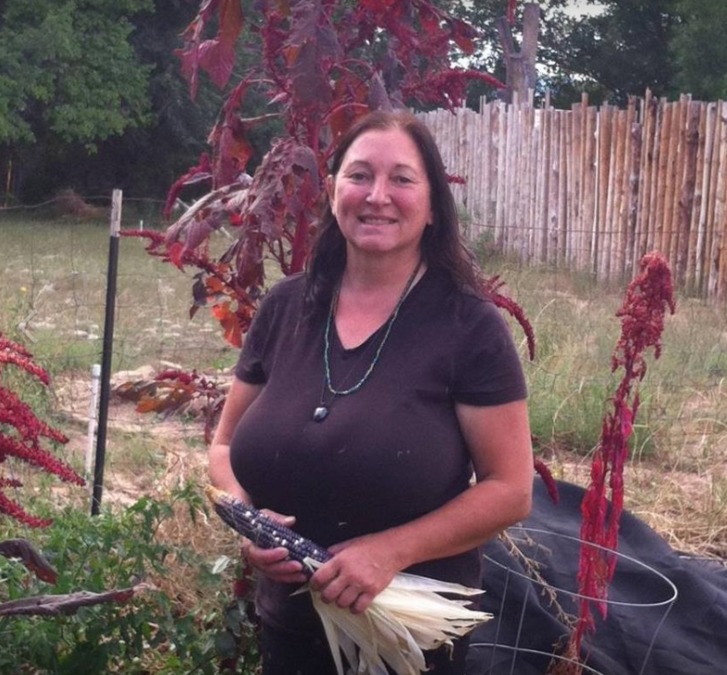 “Quite frankly, I am not ready to talk to anyone from there (CSU) about it because I am still processing and I am still very upset,” she said. “I entrusted my boys to their campus and they failed us miserably. The fact that they offered to reimburse their travel, well that’s great. But it’s maybe $250 or something like that. But that is a Band-Aid on a huge, huge problem that they’ve got there.”

Gray said that making national headlines has been an eye-opening experience.

“It’s not only important for our family and my boys, but also for all the other people out there that this can and does happen to,” Gray said. “It’s just pouring out of [her boys] now, and I am so happy that they are brave enough to come forward with their story. I’ve learned a lot more from them opening up in the past 24 hours than I could’ve imagined.”

As for whether or not she’ll let her sons visit CSU again or attend the university, Gray says she still hasn’t decided.

“I have mixed emotions whether they should continue to pursue that avenue. In some ways, my mother bear instincts come out and say, ‘Never go near that campus again.’ And then in other ways, I think back to the times of Martin Luther King, Jr. and the things that happened in Alabama – you know, introducing black kids to white schools.”

“That made a difference in the world,” Gray added. “That’s why I think maybe they should still pursue their dream so they can be that presence and affect that change.”

Denver7 obtained the 911 call made to dispatch and the police report for the incident from CSU Police Friday afternoon.

#BREAKING: CSU has released the lapel video and the 911 call associated with the two Native American boys who were reported during their college tour. I spoke to their mother to get her reaction. Tune in to the @DenverChannel to hear their mom's reaction to this. @koat7news pic.twitter.com/7ixr9nlePM

The woman who called dispatch said the teens’ “behavior is just really odd” and complained that the teens “won’t give their names.”

“And when I ask them what they are wanting to study, like everything they are saying…they were lying the whole time,” the woman says. “I could tell they were making stuff up because one was starting to laugh about it.”

She said further that the teens “really stand out” and said their clothing had “dark stuff” and “weird symbolism on it.” She was also concerned, according to the call, that one of the teens “has his left hand in an oversized sweatshirt the whole time.”

She said she thought they were Hispanic, and said: “One of them, for sure, he said he’s from Mexico.”

But she also said in the call that she felt “ridiculous” calling police.

“It’s probably nothing. I’m probably being completely paranoid, with just everything that’s happened,” the woman said. “I feel completely ridiculous. It’s probably fine; they’re just creepy kids....If it’s nothing, I’m sorry, but it actually made me feel sick, and I’ve never felt like that before.”

Denver7 also obtained the police report and body camera video from the incident.

The police report says that the woman called after she’d been on the tour for about 45 minutes and when the teens walked up to the group (they were late for the tour, they explained).

Two officers found the group at the CSU Student Rec Center, according to the report, and asked to speak with the Grays off to the side.

“I explained to both subjects that if they had simply cooperated and given their names when asked and their situation about being late, that no one would have found them to be suspicious,” the officer wrote.

The officer was also forwarded a phone call from the teens’ mother, who was “upset and felt that her boys were being racially profiled,” according to the police report.

“I explained to her that law enforcement is obligated to follow up on any call that we receive and that the reporting party was suspicious because of the boys’ actions alone,” the officer wrote.

The officer also  spoke with the woman who called, and met with an admissions employee, according to the police report.

Several CSU officials wrote in a letter about the incident Thursday ahead of the Friday official statement from the university, and said they would be reaching out to the family.

“This incident is sad and frustrating from nearly every angle, particularly the experience of two students who were here to see if this was a good fit for them as an institution,” wrote Vice President for Enrollment and Access Leslie Taylor, Vice President for Diversity Mary Ontiveros and Vice president for Student Affairs Blanche Hughes.

“The fact that these two students felt unwelcome on our campus while here as visitors runs counter to our Principles of Community and the goals and aspirations of the CSU Police Department, even as they are obligated to respond to an individual’s concern about public safety, as well as the principles of our Office of Admissions,” they continued.

Late Thursday, Colorado Lt. Gov. Donna Lynne, who is the chair of the state's Commission on Indian Affairs, issued a statement about the incident and said she'd spoken with CSU's president, Tony Frank.

"We share concern over the reported treatment of two Native American teens while on a campus tour of Colorado State University. After speaking with CSU President Tony Frank, we believe the university's response shows the seriousness of the issue, and we understand new procedures will be introduced to better manage campus tours," Lynne said in a statement.

"We want to reiterate our commitment to ensuring public universities are open and welcoming to all students and hope that the young men will not be deterred in their pursuit of attending college in Colorado, a traditional homeland to many tribal nations," Lynne added.