Pathologist: “I believe that Mr. McClain would most likely be alive but for the administration of ketamine.”
Posted: 12:39 PM, Sep 23, 2022 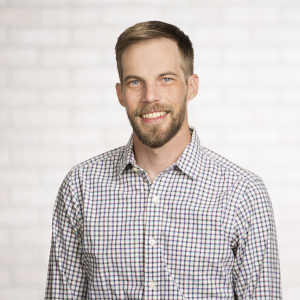 Denver7 Investigates’ Jennifer Kovaleski and Denver7+ anchor Jason Gruenauer break down Elijah McClain’s amended autopsy report, which lists his cause of death as “complications of ketamine administration” and his manner of death as “undetermined.” MORE: https://bit.ly/3f8E2uV

DENVER — The Adams County Coroner amended Elijah McClain’s autopsy report to show his cause of death was “complications of ketamine administration following forcible restraint” but left his manner of death undetermined.

In the amended report, written by Forensic Pathology Consultant Stephen J. Cina, MD, FACP,D-ABMDI and dated July 1, 2021, Cina writes: “I believe that Mr. McClain would most likely be alive but for the administration of ketamine.”

He also says he has seen “no evidence that injuries inflicted by the police contributed to death.” The original report was also amended to say McClain went unresponsive “immediately following a police involved interaction.” The original report said he went unresponsive “during a police involved interaction.”

The original report and the amended report were both signed off on by Chief Coroner Monica Broncucia-Jordan, and were performed and signed by Cina.

MORE: Elijah McClain case: A timeline of how we got to this point

Cina writes in the amended opinion that McClain likely would have recovered from being in a carotid hold had he not been injected with ketamine.

“I believe this tragic fatality is most likely the result of ketamine toxicity,” Cina wrote in the amended report. “…Based on my training and experience, I still contend that the appropriate manner of death in this case is UNDETERMINED. I acknowledge that other reasonable forensic pathologists who have trained in other places may have developed their own philosophy regarding deaths in custody and that they may consider the manner of death in this type of case to be either HOMICIDE or ACCIDENT.”

However, Cina found the ketamine level in McClain's blood was 1.4 mg/L (1,400 ng/ML), which is in line with the range of 1.0-6.3 mg/L that is found in people's blood after a single administration, according to Baselt's Disposition of Toxic Drugs and Chemicals in Man.

He wrote that the dosage that McClain received "was too much for this individual and it resulted in an overdose, even though his blood ketamine level was consistent with a 'therapeutic' blood concentration."

Cina also explains at the end of the report that “the manner of death is not a medical diagnosis and it is not determined by the autopsy.”

“In some cases, the manner of death may be deemed HOMICIDE but criminal prosecution may not follow (e.g. self-defense). Conversely, certain cases with a manner of death of UNDETERMINED may warrant prosecution if the entire facts of the case indicate that this is appropriate.”

The amended opinion says the original report signed Nov. 7, 2019, ended with McClain’s cause and manner of death as “undetermined” because it was done only based off the information available at the time. The amended report says the coroner’s office, since then, received “extensive body camera footage, witness statements, and additional records” that gave them more detail about what happened to McClain.

“Having insufficient information as of November 7, 2019 was one of the reasons the cause and manner of death in this case were deemed UNDETERMINED,” Cina wrote in the amended report. “Additional material of relevance has also been generated through the grand jury investigation.”

In a statement issued Sept. 29, Adams County Coroner Monica Broncucia-Jordan said she is "acutely aware that Mr. Elijah McClain would likely be alive today had this incident not occured."

"The death of Elijah McClain is extremely tragic. I continue to extend my thoughts to his family. I can’t even imagine the pain and grief they are still experiencing. My Office is obligated to conduct independent death investigations, on behalf of the deceased, in accordance with state and federal law and national best practices for death investigation. That was done in this case and the methods and evaluation conducted by my office will likely be explored further at trial.

I, like the general public, am acutely aware that Mr. Elijah McClain would likely be alive today had this incident not occurred and that is the extreme tragedy in this case."

Mitch Morrissey, the Denver district attorney from 2005 to 2017 who also worked in the DA’s Office for nearly two decades beforehand, said he believes the amended report could potentially help defense counsel for the three officers and two paramedics.

How the amended report got released to the public

On Thursday, a Denver District Court judge ordered that McClain’s amended autopsy report must be released to the public without redactions. This came on the wake of multiple news organizations, including Denver7, arguing it should be released.

Adams County Coroner Monica Broncucia-Jordan said she had filed a motion to get the court to release the amended report as well.

"I believe in the public's right to information and want to be transparent about the work done in my office," she said in a statement. "I also respect the rule of law and want to ensure nothing is released that will violate any court order or potentially jeopardize the prosecutions in this case. That is why it was imperative to have the Denver District Court weigh in."

The original November 2019 autopsy report from the contracted pathologist found McClain’s cause and manner of death were “undetermined.” Former Adams County District Attorney Dave Young cleared the three officers involved in McClain’s violent arrest of any criminal charges and Nick Metz, Aurora’s chief of police at the time, said the officers did not violate any of the department’s policies.

Allison Sherry of CPR News reported on Sept. 2 that McClain’s autopsy had been amended based on confidential grand jury information.

That information led to the indictment last year of three officers and two paramedics who face a 32-count indictment, which includes manslaughter and criminal negligent homicide, among other charges. Their arraignments have been pushed back multiple times, most recently on Aug. 12, when they were rescheduled for Nov. 4.

The three officers involved in the incident that preceded McClain’s death – Nathan Woodyard, Jason Rosenblatt and Randy Roedema – as well as Aurora Fire Rescue paramedics Jeremy Cooper and Peter Cichuniec, each face the counts of manslaughter and criminally negligent homicide.

Elijah McClain case: A timeline of how we got to this point

Roedema and Rosenblatt each face another second-degree assault with intent to cause serious bodily injury charge and one count of a crime of violence connected to the assault charge.

Cooper and Cichuniec also face counts of crimes of violence in connection with the assault charges.

The indictment was signed by Chief Judge Michael Martinez, the presiding judge for the statewide grand jury, on Aug. 27, 2021 — after the amended opinion and amended report were signed on July 1 and July 15, respectively, meaning the grand jury was aware of the changes made to the autopsy when it issued the indictments.

Further, the indictment says that McClain was a normal and healthy man before the encounter and notes the amended autopsy report: “A forensic pathologist opined that the cause of death for Mr. McClain was complications following acute Ketamine administration during violent subdual and restraint by law enforcement and emergency response personnel.” It also says “the manner of death was homicide,” though that is not what the amended report released Friday says.

The three officers involved in the incident were reassigned in June 2020 amid protests over McClain’s death. Officer Jason Rosenblatt was later fired after an incident involving a photo of other officers at the scene of McClain’s death surfaced.

The death of George Floyd led to broader attention on McClain's case in both Colorado and across the country in the summer of 2020 and led to protests for months against the Aurora Police Department and to bring justice against the first responders involved in his death.

A team of independent investigators commissioned by the Aurora City Council issued a report in February 2021 that found the investigation that followed the 23-year-old McClain’s death was flawed. Former Denver District Attorney Mitch Morrissey explained in an interview with Denver7 that this was extremely rare.

The city settled a civil lawsuit with McClain's family last fall for $15 million.

Another independent investigation that analyzed the policies and practices within the police department, which was conducted by 21CP Solutions, who was tapped by the city, found a small share of officers were responsible for 40% of officer misconduct cases and that there was too much red tape for discipline of officers to be effective.

Additionally, a 14-month investigation by the Colorado Department of Law found the Aurora Police Department uses excessive force and racially biased police practices in violation of state and federal laws.

A consent decree monitor was picked in February to oversee and address APD’s and Aurora Fire Rescue’s policies, training, record keeping and hiring practice following the release of the results of that patterns and practices investigation.

And later that month, Aurora’s city manager first announced the city was pursuing an independent monitor to oversee transparency and accountability within the police department after McClain’s death and the independent investigation.

The independent monitor has held multiple meetings over the past few months.

Travis Pulliam, the president of the union Aurora Fire Fighters, said in a statement it was inappropriate for his organization to comment on the pending criminal charges. McClain’s mother, Sheneen McClain, and her attorney declined to comment on the amended autopsy.

Aurora Mayor Mike Coffman said in a statement Friday he was grateful the amended report was finally released.

"Although not conclusive, it states that Elijah McClain likely died from complications from being injected with Ketamine after being forcibly restrained," he said. "Since this traffic incident, the city of Aurora has worked hard to change how we respond to similar circumstances, that led to the death of Elijah McClain, so that this never happens again."

McClain, who was 23 when he died, was stopped by officers with the Aurora Police Department on Aug. 24, 2019 after purchasing tea at a local convenience store in Aurora. Around the same time, investigators had received a call about a suspicious man wearing a ski mask and waving his arms in the area.

Police said McClain resisted when they tried to detain him and officers put him in a carotid hold and requested Aurora Fire Rescue paramedics to administer ketamine to get him under control. Later, it was determined that McClain was given 500 milligrams of ketamine — far above what was recommended for someone of McClain’s weight.

McClain’s death led to the passage of HB21-1251 this year by Colorado lawmakers, which severely restricts when and how ketamine and other chemical restraints can be used by paramedics in pre-hospital settings.

Now, some Aurora city councilors are seeking to block Aurora Fire Rescue from using a new sedative the medical director who oversees the department wants to implement, droperidol, over concerns that the two paramedics still are under indictment in connection with McClain’s death.

This is a developing news story and will be updated.