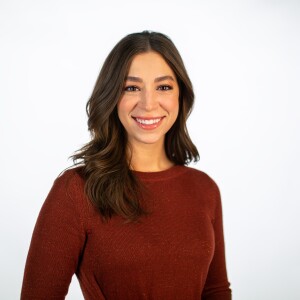 In total, 85 horses have died at the facility since the outbreak began on April 23.

BLM first reported the incident Tuesday, saying the facility was under a voluntary quarantine due to an "unknown yet highly contagious" disease outbreak.

Laboratory tests are being completed to identify the illness that has killed the horses since the outbreak began.

An independent veterinarian and a federal veterinarian are on site to help diagnose and treat animals. Colorado's state veterinarian Dr. Maggie Baldwin issued a statement saying a field vet with the Colorado Department of Agriculture has conducted a site visit to review biosecurity measures being implemented at the facility.

"BLM is working with state and federal animal health officials to determine the exact cause of the outbreak. Samples from the facility have been submitted to two leading equine veterinary diagnostic laboratories in the country and the results will be used to guide the investigation into the underlying cause or causes of the outbreak and associated mortality," Baldwin said in the statement.

Horses showing signs of contagious illness are quarantined from the population. There are more than 2,500 horses at the Cañon City facility.

The horses that are most impacted were gathered in 2021 from the West Douglas Herd Area, which is south of Rangely.

“Well, this is what happens when you cram thousands of wild horses into facilities that are so large,” said Grace Kuhn, the communications director for the American Wild Horse Campaign. “This is very concerning because we're talking about 67 horses in about four to five days.”

Kuhn said the American Wild Horse Campaign believes BLM should be implementing fertility control on the range to stabilize populations to avoid rounding up horses and bringing them into facilities like the one in Cañon City.

“I believe that this tragedy shines a light on the corrupt federal management program, which is causing irreparable damage to America's historic and federally protected wild horse populations while costing the taxpayer astronomical costs,” Kuhn said.

The wild horse roundups have received widespread criticism, particularly following the roundup in Colorado’s Sand Wash Basin, which began on Sept. 1, 2021. Wildlife advocates have expressed concern about the use of helicopters to round up the wild horses. Gov. Jared Polis also wrote to Interior Secretary Deb Haaland just before the roundup in the Sand Wash Basin asking for a delay, though it did move forward as planned.

Little Snake Field Manager Bruce Sillitoe has previously said the roundups are necessary to maintain a healthy population of wild horses due to concerns that there was an emergency situation with the food and the rangeland resources that could have led to “many” horses dying. Sillitoe also said the bureau is “very careful” when using helicopters to round up wild horses.

"I think most people agree that there is a place for wild horses on public lands. I think where there is a disagreement is there are people who think the wildlife needs to be the dominant or only use of public lands. And that's just not something that BLM is capable of doing," said Steven Hall, the communications director for BLM Colorado. "There's, unfortunately, a tendency for people to think that if any horses are gathered, all horses are gathered, and that's simply not the case. We manage wild horses that the public lands can support for the horses benefit, too. We certainly understand that they care deeply about wild horses, I think what we would hope is that they become better informed about what healthy public land is and about the impacts, too, many horses have on the environment and the ecosystem."

Hall told Denver7 the issue is not the rounding up of horses, but rather one of logistics.