DENVER -- The family of a Texas woman who died after being thrown from a chair lift with her two children last year has filed a lawsuit against the Colorado ski resort where the incident occurred.

Kelly Huber died at Ski Granby Ranch on December 29, 2016 when she and her two daughters were thrown from the Quick Draw Express lift.

The girls, then 12 and 9 years old, were injured but survived.

The father of the two girls filed a lawsuit in federal court Friday, the same day the resort opened for the season. In the lawsuit, the family claims multiple skiers complained to resort staff about the lift swaying and bouncing in the days before Kelly Huber was killed.

The lawsuit includes a photo of Kelly Huber’s daughter smiling for the camera at the base of the Quick Draw Express lift – just minutes before her life changed. 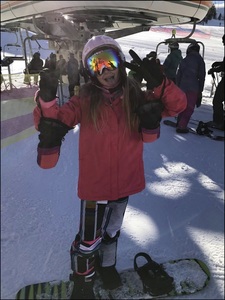 The lawsuit says a ski patrol employee riding the lift noticed a quick stop and start, then his chair swayed and bounced.

“[The ski patrol employee] turned around and saw three people falling from Chair No. 58 as it swung horizontally. Schwartz saw Kelly Huber holding [her daughter] in an attempt to protect her young daughter from the impact with the ground,” the lawsuit says.

Another witness is quoted as hearing one of the daughters yelling, “Don’t let her die!”

Another witness said the lift operator was repeatedly starting and stopping the lift.

The lawsuit also includes photos of one of the girls’ helmets – cracked from the impact of the approximately 25-foot fall. 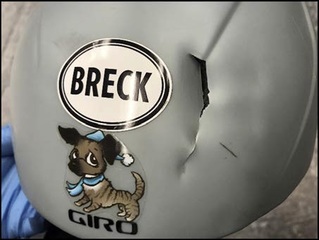 Denver7 contacted Ski Granby Ranch for comment about the lawsuit, and Granby Ranch CEO Melissa Cipriani said she has not yet reviewed the case.

The resort opened one lift Friday morning and wrote on Facebook earlier this week that the electronic drive in the Quick Draw lift has been replaced and licensed by the state.

In May, a state investigation found a malfunction of the lift's prior electronic drive contributed to the accident that caused Kelly Huber’s death.