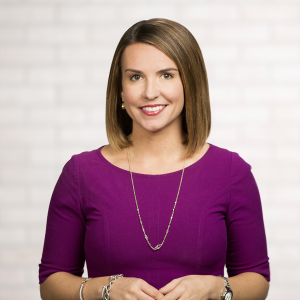 A Greenwood Village woman says she was terminated from her job at a local commercial real estate company 10 days after having a miscarriage. After accusing the company of gender and pregnancy discrimination, the company and the woman reached a settlement.

GREENWOOD VILLAGE, Colo. -- Rachel Makkar takes a lot of pride in being a mother to her son, Max.

“I love it. There’s nothing better,” she said.

Her job meant a lot to her too, until she was fired in August 2021.

“I honestly feel like it was because I had a miscarriage,” she said. “Nothing else changed.”

Makkar says she was terminated from J&B Building Company 10 days after having a miscarriage.

She’s now accusing the local commercial real estate company of gender and pregnancy discrimination, and of violating Colorado law in a complaint filed in October with the Colorado Civil Rights Division.

Makkar worked at J&B Building Company as a broker and asset manager.

“I don’t know that they wanted mothers working there,” she said.

According to the complaint, her allegations of discrimination date back to 2019.

“Her employer expressly told her in writing, in a performance review, that she was not going to get a raise due to the fact that she was going to be taking maternity leave,” her attorney David Gottlieb said.

Gottlieb shared that performance review with Denver7 Investigates. It shows that her boss wrote in the typed review, “Given you will be taking a significant period of time off in the next few months, we will hold your salary … for the next twelve months.”

“That’s completely against the law, and they put it in writing,” Gottlieb said. “This is among the most egregious discrimination cases I’ve ever seen.”

Makkar also said the company fired her by phone in August shortly after she suffered her miscarriage. Her boss justified her termination by claiming she was being let go for not working in the office, even though, “I was never directly asked to come into the office again full time,” she said.

Her performance review from 2021 further supports her claim. Handwritten notes on the review dated Aug. 5 state, “[K]eep salary as is, allow remote work.” The same document then crosses out those words and replaces them with “terminate for not willing to work in office.”

“Those two statements are completely at odds,” Gottlieb said. “And that is what we call a smoking gun.”

For Makkar, this is about standing up for other working moms and setting an example for her son.

“I don’t want another mother who is in this situation to think that it’s okay,” she said. “I want my son to see that I stand up for myself.”

Days after Denver7 Investigates reached out for comment and before this story aired and was published, J&B Building Company settled the case with Makkar. The terms of the settlement are confidential.

"We have reached an amicable agreement and have resolved the claims raised with Colorado Civil Rights Division. We stand by our employment policies and deny that we violated any laws, including the Colorado Anti-Discrimination Act, and we remain committed to providing an inclusive and supportive work environment free of discrimination,” an attorney representing the company said in a statement.

The Colorado Civil Rights Division said it cannot comment on complaints filed with the agency.