Catalytic converter thieves can get hundreds of dollars at scrap yards 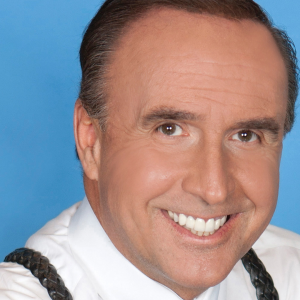 The skyrocketing value of the precious metals inside catalytic converters has launched a massive black market industry where thieves are cashing in on a fairly unregulated world of buyers.

The skyrocketing value of the precious metals inside catalytic converters has launched a massive black market industry where thieves are cashing in on a fairly unregulated world of buyers.

Records provided by police departments in Denver and Boulder show more than 4,000 catalytic converter thefts in the two cities since the beginning of 2021.

In recent months, Denver7 has produced multiple reports exposing the growing concerns around catalytic convert theft. Several viewers responded asking where and how thieves can turn the metal from a car’s exhaust system into money.

To answer, members of the Denver7 Investigates team visited a variety of scrap yards and businesses in the Denver metro area, trying to better understand the buying process.

One worker said they no longer buy the valuable engine exhaust parts because they are often stolen. When a Denver7 Investigates staffer acting undercover asked another location about information that the parts were likely worth as much as $6,000, the employee acknowledged one could probably get that much money, but not at her location.

“The law is now changing, and we can no longer buy from the public,” she said.

Another location that offered a lower price to purchase the converter said that the thefts were the reason they were offering less money. They also warned of places that were offering high dollar amounts.

“If you find somebody to pay you that much, I encourage you to do that,” they said. “I will warn you — you might get into some trouble.”

In a prior report, video showed it takes less than 15 seconds to saw off a catalytic converter. The value comes from what’s inside the catalytic converters, including precious metals such as platinum, palladium and rhodium, which are all trading at record prices.

One location outside of Denver visited by undercover Denver7 Investigates staff was willing to purchase the converters for higher amounts. A staff member offered $220 for one converter and $70 for another. They said they would pay cash for the part and the seller only needed to show ID. Denver7 is not providing the name or location of this business to avoid contributing to further criminal activity.

An employee said they purchase roughly 500 catalytic converters per day and that there is no way for them to know if they are stolen.

“It’s not my job to say you’re a thief or if they’re stolen,” an employee said.

That location, by all indications, was following current laws in Colorado for purchasing after-market catalytic converters.

An individual who identified himself as the owner of the business said he welcomed new laws to increase regulations for selling catalytic converters.

“It’s very unfortunate. We need to update the laws,” he said.

The Denver7 Investigates team recently shared an in-depth look at the neighborhoods in Denver most targeted by catalytic converter thieves. Search our database for the most targeted vehicles. See the interactive charts below or click the link for an fullscreen view.