DENVER -- In the wake of a series of Contact7 investigations into Colorado’s regulation of unlicensed health care providers, another example has emerged showing the state’s sometimes slow and lax response to complaints that alleged potential threats to public health – a response the state has already taken steps to improve.

Records obtained by Contact7 Investigates show the state took nearly two years to issue a cease and desist order against an unlicensed nurse working with vulnerable patients at nursing homes and assisted living facilities – despite receiving a complaint from a patient’s family and repeated inquiries over the course of several months from Contact7 Investigates.

At one point, state documents reveal, the unlicensed nurse presented another person’s name and license number as her own – and state regulators seemingly took her word for it.

When the state alerted law enforcement, police acted within weeks – issuing a warrant for the nurse’s arrest for several charges including criminal impersonation and the unauthorized practice of nursing. 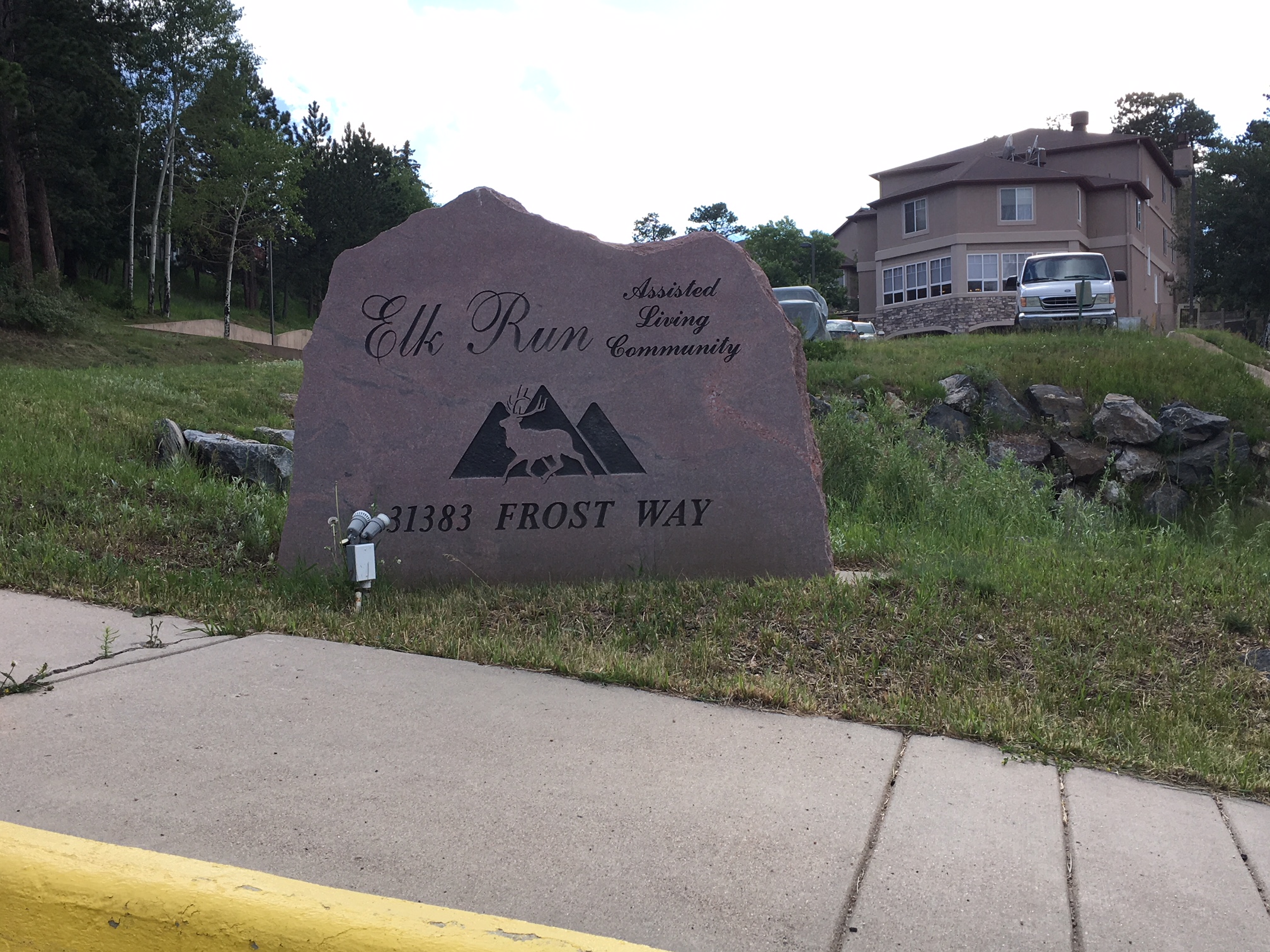 In the summer of 2016, a man asked what he thought was a simple question of a nurse who developed a treatment plan for his wife – what was her nursing license number?

The “nurse” in question, Heather Lee Wood, worked as the resident support director at Elk Run Assisted Living Community in Evergreen. The man's wife had been a patient at Elk Run for more than a year by that point.

When the man checked the state’s nursing license database, he could not find nurse Wood – so he asked her to send her license number along with his wife’s care plan.

The husband received a baffling response – an email from an administrator at the facility’s parent company stating “Elk Run’s policies do not allow us to send license information on individual employees to family members.”

The email assured the husband that Elk Run makes sure all of its employees have valid licenses. But the husband did not appear to be satisfied.

When he could not get answers from Elk Run, he filed a complaint with the state’s Board of Nursing. The complaint, dated October 11, 2016, went into great detail about the husband’s efforts to verify Wood’s license, and included the email correspondence he had with Wood and Elk Run.

When a representative from the Board of Nursing reached out to Wood, state records show she said her attorney would respond, but no one did.

State records show it was not until August of 2017 – nearly 10 months after the husband filed his complaint – that an investigator for the Department of Regulatory Agencies (DORA) finally made contact with Wood after several attempts.

The DORA investigator’s report said Wood emailed him and wrote that all questions would have to go through her attorney.

“When I requested her attorney’s information, she stopped emailing me,” the investigator wrote.

Despite the lack of communication from Wood, the DORA investigator seemed to drop the issue when he received Wood’s personnel file from Elk Run.

A license verification report within the file showed Wood was licensed under the name Heather Stone in Texas. Colorado is part of a multi-state compact that essentially allows nursing licenses to transfer within those states. The report provided a Texas license number which linked to a valid license.

The only problem is the state now knows Heather Wood and Heather Stone are different people.

But investigators would not discover that until after Wood got a job at another facility and a concerned former employee reached out to Contact7. 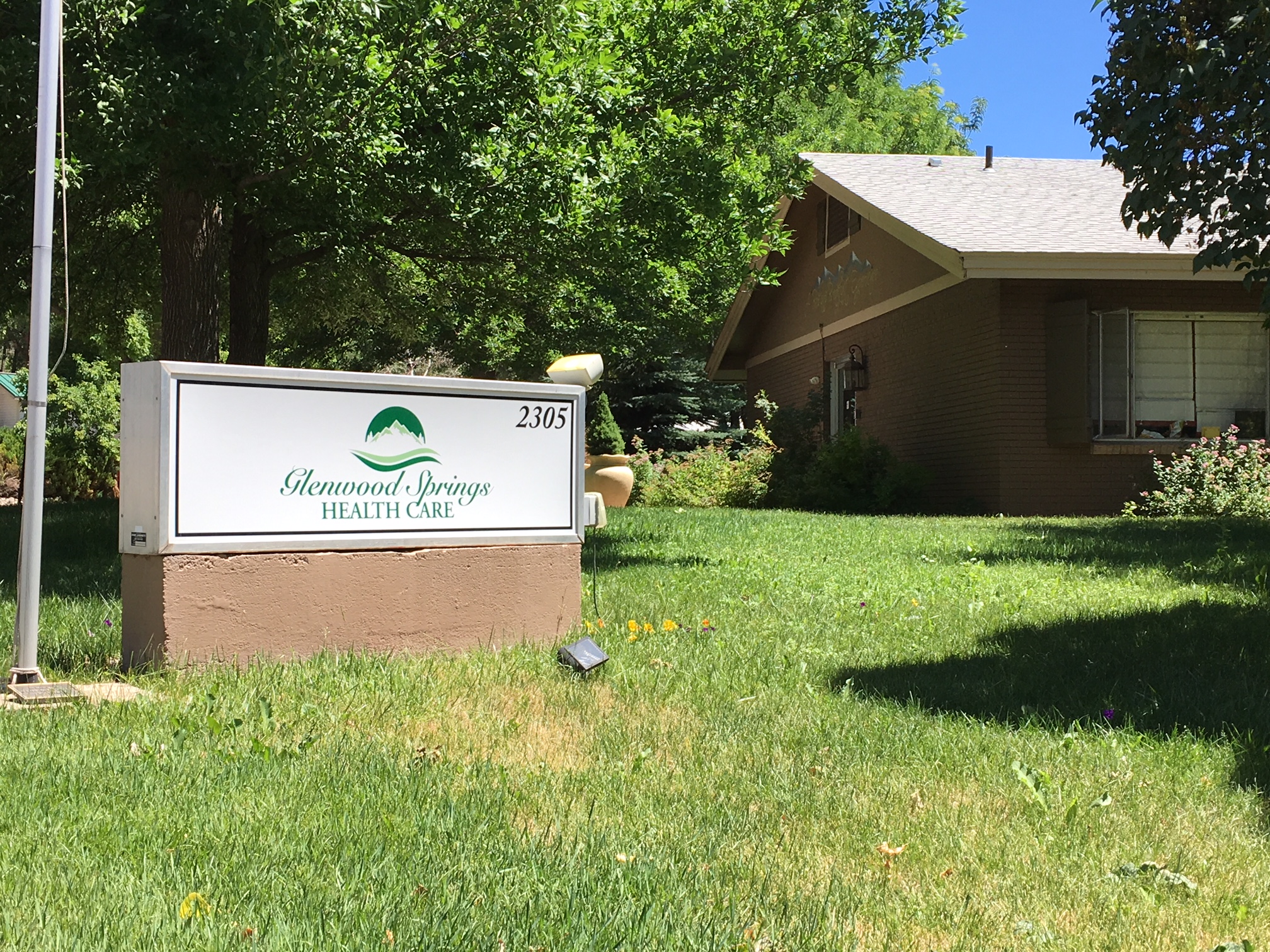 In November of 2017, Contact7 received an email from a former employee at the Glenwood Springs Health Care nursing home.

The email said in part, “Management hired an RN without verifying she was an RN. The girl worked there as an RN for 7 months, and as it turns out, she stole someone’s identity and was working under that person’s license.”

The writer said the nurse’s name was Heather Wood and she used the license of another Heather from Texas.

Contact7 Investigates quickly began to try to confirm the tip, reaching out first to the Colorado Department of Public Health and Environment (CDPHE) on November 7. That department inspects medical facilities including nursing homes.

CDPHE confirmed the following day it had received a complaint about Glenwood Springs Health Care, adding, “The results of investigations do not become public until the investigation is closed, which can take several months.”

In January of 2018, the state posted on its website the results of a complaint survey conducted in November. The posting did not mention the facility’s employment of an unlicensed nurse.

The state explained that its inspection report did not inform the public of Wood’s unlicensed employment at Glenwood Springs Health Care because “the facility looked into the matter and fired the individual before we entered the facility. Although the complaint was substantiated, there was no current deficient practice.”

Internal records from that inspection obtained through a Contact7 public records request show investigators substantiated the allegations in the complaint that brought them there.

But the Wood incident is not detailed in the state’s inspection records posted for consumers who may want to research Glenwood Springs Health Care, because there were no current "deficiencies" linked to those substantiated allegations.

READ MORE: How to check your health care professional's credentials, step by step

In February, Contact7 asked the state if it had referred its findings to DORA to investigate Wood’s unlicensed practice. On Feb. 6 the department said it was “currently in progress with making that referral to DORA.”

On Feb. 21 Contact7 asked again: had the case been referred to DORA for investigation of unlicensed practice? The state confirmed it made a referral that same day – three full months after CDPHE’s inspection of Glenwood Springs Health Care.

By then, Contact7 had launched a broad investigation into the state’s handling of complaints of unlicensed practice in health care professions, and DORA said it intended to make a number of changes to its policies and procedures on the orders of Gov. John Hickenlooper.

In May, DORA hit Heather Wood with a cease and desist order for unlicensed practice. The order said she worked at Elk Run and Glenwood Springs Health Care even though she “has never been licensed to practice as a professional or practical nurse in any state or U.S. jurisdiction” and “upon information and belief, [Wood] does not hold a nursing degree from any accredited nursing program.”

According to a Glenwood Springs police report, staff told police Wood was initially hired as an administrator but mentioned later when the facility became short-staffed that she was a nurse and could fill in that role on nights and weekends.

“Her actions and experience level led most coworkers to believe that she was, in fact, licensed,” the police report says.

The facility later promoted Wood to nurse manager, but officials said they did not discover until performing an on-site license audit later that she had never presented her nursing credentials. When they asked for proof of her license, she came up with “random excuses,” according to the police report.

“The administration finally sat down with Heather in front of a computer and told her that she had 30 minutes to provide the document or show proof via the licensing website. Heather was unable to show proof and then she left and never returned,” the police report says.

Glenwood Springs Health Care told Contact7 it surveyed its patients to see if they had any complaints about Wood and determined there was no impact to patients.

A representative from Elk Run said in a statement to Contact7 Investigates the facility has cooperated fully with all investigations of Wood, adding:

Our priority is the health and safety of residents. Background checks are performed for all employees per Colorado’s assisted living guidelines. Prospective employees are not allowed to begin work here until they successfully complete a background check. During the time period you are inquiring about, the staff member in question was under the direct supervision of an executive director who was also a registered nurse; the community’s nurse practitioner was also present. We did not and do not have any indication that the quality of care residents receive was jeopardized. We use all the tools available to us to check backgrounds and licensure.

After receiving the state’s case file on Wood’s cease and desist order, Contact7 set out to determine why the action took so long and why it didn’t happen after a patient’s husband complained back in October of 2016.

So Contact7 Investigates looked up the license number contained in DORA’s investigative report on the Texas nursing license database and found an entry for a Heather whose last name had apparently changed since Wood first presented it as her own in 2016.

A public records search turned up a cell phone number for the nurse. We called and left a message.

Within 30 minutes, the nurse returned our call. She was standing in line at a theme park on vacation with her family. We asked a few quick questions.

Had she ever worked in Colorado? No.
Had anyone working for the state of Colorado ever called to ask her that question? No.
Did she know someone was investigated for using her name and license number to get jobs treating patients in Colorado? No.

With that, she returned to her vacation.

Unlicensed practice of certain professions is a criminal offense in Colorado, but prosecutions were rare in the cases examined by Contact7 Investigates.

Now it appears referrals to law enforcement are becoming routine in cases where people are ordered by DORA's boards to cease and desist impersonation of health care professionals.

DORA recently launched an outreach campaign to law enforcement, reinforcing the criminal element of unlicensed practice with an informational video:

The Glenwood Springs police investigation resulted in charges filed on June 14, exactly one month after DORA referred the case to police. Court records show Wood faces a felony charge of criminal impersonation, a misdemeanor charge for the unauthorized practice of nursing, and a felony for distribution of a controlled substance (because she allegedly handled narcotics for patients as part of her duties as a nurse.)

Court records indicate Wood has not yet been arrested.

The Jefferson County Sheriff’s Office said its investigation is ongoing and charges are expected.

Contact7 Investigates visited Wood’s last known address, an apartment in Lakewood, but no one answered the door. A neighbor said the people who lived there left weeks ago.

A Colorado board of nursing representative emailed a Texas counterpart in late May to alert that state that Wood may have moved to Texas. The email says Wood and the nurse licensed in Texas have different dates of birth.