Police: Officers believed inmate who escaped Denver Health was in vehicle when they opened fire

DENVER – A police spokesperson said officers feared for their safety as the two men they shot shortly afterward rummaged through a vehicle Monday night, and said officers believed one of the men was the suspect who escaped custody from Denver Health earlier that day.

Denver Police Commander Barb Archer said at a Thursday news conference that the two people shot by officers were identified as Rafael Landeros, 23, and Steven Nguyen, 23.

Landeros survived the shooting, while Nguyen was killed. The county coroner said his cause of death was gunshot wounds.

Archer said that officers had information that the man who escaped from custody while he was at Denver Health Monday morning, Mauricio Venzor-Gonzalez, was in the vehicle, which turned out not to be true.

Officers had been watching an address in Aurora earlier that day while keeping an eye out for Venzor-Gonzalez, and watched as the SUV, which contained Landeros and Nguyen, left the home.

Aurora officers chased the vehicle and Denver officers joined in.

Police followed the two into a neighborhood near East 41st Avenue and Colorado Blvd. in Denver. Archer said officers were “acting on information” they received that Venzor-Gonzalez was the passenger in the vehicle.

Archer said Thursday that officers saw the two men rummaging through their vehicle, and that officers “believed that actions being made inside the car were efforts to locate a weapon.”

As such, Archer said, the officers feared for their safety and fired at the vehicle. The suspects’ vehicle went down an embankment.

Archer said Thursday the officers continued to try and get Landeros and Nguyen out of the vehicle through verbal commands, but that the two “refused to comply” and continue to rummage through their vehicle.

She said officers then fired at the vehicle again. When they finally approached the car, they took both Landeros and Nguyen out of the vehicle. Both had been shot and were taken by ambulance to an area hospital, where Nguyen was pronounced dead.

Archer said that the men never fired at officers, but that a loaded handgun was found inside the vehicle they were driving, which she added was stolen.

Archer said three DPD officers fired their weapons at the two men. They are all District 2 patrol officers with between four and 10 years of experience, Archer said. They are currently on “offline” assignments, Archer said, meaning they are not on patrol, during the investigation.

Archer said Landeros and Nguyen were associates of Venzor-Gonzalez and that they’d “known each other for several years.” She also said that since Venzor-Gonzalez has a history of attempted murder, “that justifies their actions” – in reference to the shooting by the officers.

Both Nguyen and Landeros had active criminal warrants out of Adams County. Archer said Landeros was booked on those warrants, which include failing to appear and parole violations for crimes that occurred in the past year, court records show.

Nguyen had active warrants for failing to appear on drug and weapons possession charges he picked up in December, and for violating his parole in a previous case upon the December arrest, according to court records.

Archer said that Landeros will be part of the investigation into Venzor-Gonzalez, but said detectives hadn’t spoken with him since he was released into jail custody by the hospital. There is body camera video of the shooting of the two men but it is not ready for release, she added. 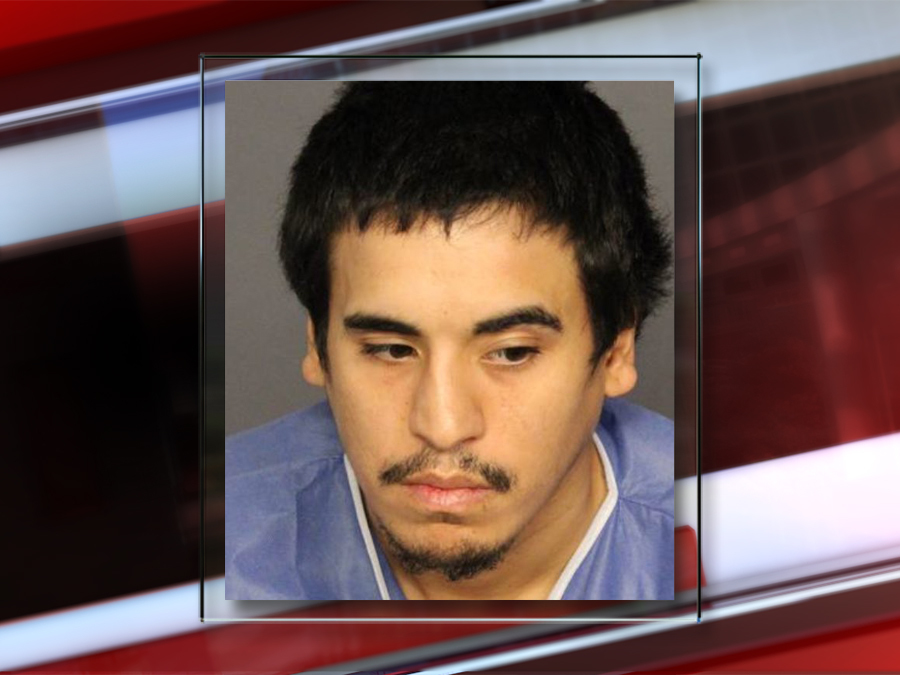 Archer said arresting him was the department’s “top priority” and that officers were “pursuing any information” they could get.

“We have no idea where he is,” Archer said. “If we did, we’d already have him in custody.”

Venzor-Gonzalez is described as 5-foot-7and 170 pounds. He was last seen wearing a dark green inmate uniform bearing the letters "CCMF." Police said he may be in a blue 1998 Honda with license plates OMH216.

Archer said several agencies continue their search for him, and urged anyone with knowledge of his whereabouts to call CrimeStoppers or 911.