Suspect in hit-and-run arrested in Northglenn

BROOMFIELD, Colo. – A person of interest wanted in connection with a deadly hit-and-run in Pueblo over the weekend is in the hospital after he was involved in a chase with police earlier Wednesday.

The man, who has not been identified, was wanted on a parole violation for car theft out of Broomfield and as police tried to make contact, officers saw a woman and a child get out of an apartment complex with the wanted man. The three reportedly got inside a car and left the complex before they were stopped in the area of 6th Avenue and Poppy, according to Broomfield Police Department Sgt. Steve Griebel.

During the stop, the woman was taken into custody, but the man got back inside the vehicle with the child also still inside and led police on a short chase through town, Griebel said.

Sometime later, in the area of 120th and Sheridan, a Broomfield Officer spotted the wanted vehicle as it took a right turn and crashed into a UPS truck.

Police believe the man ran a red light before crashing with the truck.

After a brief scuffle with an officer, the man was taken into custody but was taken to a hospital after suffering injuries in the scuffle, Griebel said.

The spokesman said that as soon as he is discharged, he will be booked on charges of car theft and kidnapping.

The woman who was taken into custody was released and the child inside the vehicle was hers, police said. Both were uninjured.

On Tuesday, 29-year-old Rudy Sosa was arrested in Northglenn in connection with the Pueblo hit-and-run, the Pueblo Police Department said on their Facebook page.

Sosa was initially taken into custody in Northglenn by the Colorado Department of Corrections on a parole violation but was then taken to the Pueblo Police Department for a warrant for first-degree murder. 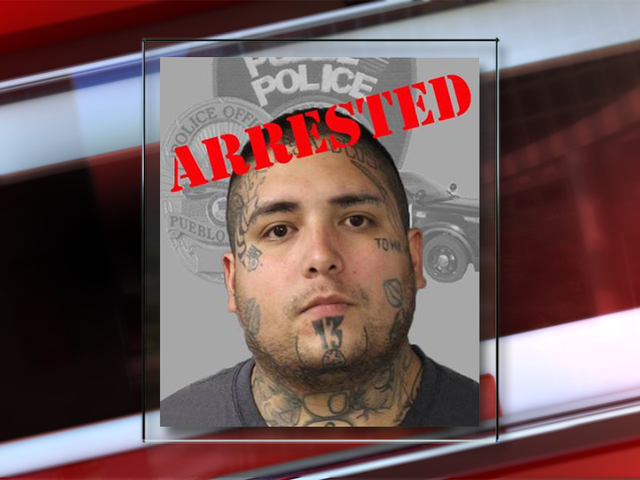 He was booked into the Pueblo County Detention Center on the arrest warrant, police said.

The victim in the homicide was identified as 35-year-old Nathan Espinosa.