Should neighbors be able to save Tom's Diner? Or does the owner have the right to sell?

Neighbors are fighting for historic status for Tom’s Diner

Copyright 2019 Scripps Media, Inc. All rights reserved. This material may not be published, broadcast, rewritten, or redistributed.
Denver7
A Capitol Hill favorite, once in jeopardy of being torn town, is one step closer to becoming a historic landmark. Denver&#39;s Landmark Preservation Commission voted to recommend the city protect Tom&#39;s Diner despite the owners wishes.

Editor's Note: Denver7 360 stories explore multiple sides of the topics that matter most to Coloradans, bringing in different perspectives so you can make up your own mind about the issues. To comment on this or other 360 stories, email us at 360@TheDenverChannel.com. This story will air on Denver7 News at 10. See more 360 stories here.

DENVER -- A Capitol Hill favorite, once in jeopardy of being torn down, is one step closer to becoming a historic landmark.

The owner, Tom Messina, said he wants to sell the property to a developer for $4.8 million.

The developer has plans of building an eight-story apartment building on the land located at the corner of Colfax Avenue and Pearl Street.

However, if the diner built in the 1960s is designated an historic landmark, the building will be protected from re-development. As a result, Messina said his property value would take a massive hit.

"What is at stake is my family, my retirement, my hard work that I've put into this," he said.

Neighbors are fighting to save its nostalgic spirit

The love for the iconic Denver diner runs deep.

"It awakens a nostalgic spirit in a whole lot of us," said Jonel Beach, one of five Denver residents fighting to save Tom's Diner. "It gets arguably as many, if not more, gasps than the gold tops at Casa Bonita."

Beach, along with five other Denver residents, filed the application for landmark designation, which brought the decision to the Landmark Preservation Commission and, soon, the city council.

"Wanting to protect what's important to the community and the history of Denver as well as a small business owner is kind of a tough spot," she said.

Owner says his future is on the line

"I'm a small business owner, husband, father," Messina told the Landmark Preservation Commission as he held back tears. "I'm here in opposition to the landmark application for this building."

Messina said he appreciates of all the love for his diner, but after 20 years of blood, sweat, and tears, he's ready to serve up his last plate.

"When I was handed the keys it never closed. It was open and running. It was like we were riding a Bronco bull," he said. "Every day is the longest day of your life and you look back and you go, 'Wow, that was something.'"

Messina said he wants to sell his diner and start a new beginning for himself and his family.

"I do not represent the real estate company or major developer – these are my only assets," he told the commission. "This is more about it being a late-night diner than it is being a visual historic spot. It's about 20 years of working, and a business, and wanting to be able to do what I feel is my right to do."

Messina provided Denver7 with a photo of the sketch of the proposed development should he be able to sell. 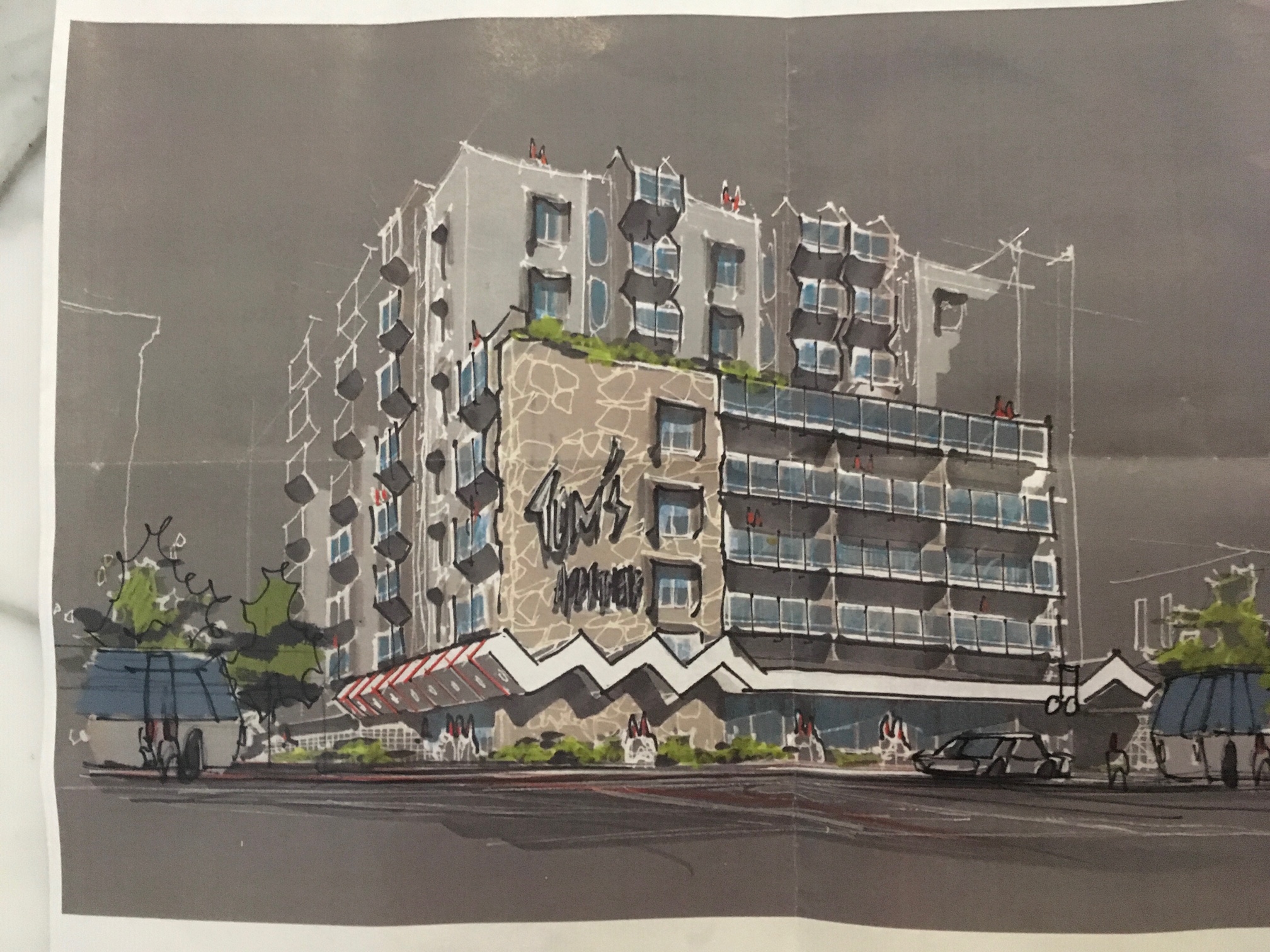 Historic Denver says this is about preserving history

"Some people don't like modernist architecture, but we know it's an era that we're losing at a rapid pace," said Annie Levinsky, executive director of Historic Denver.

Historic Denver is also fighting to save the diner and members say it is one the last classic examples of Googie-style architecture in Denver. Googie architecture is a type of futurist architecture influenced by car culture, jets, and the Space Age.

"Designed to attract people, be both appealing to popular culture as well as embracing some of the qualities of good modern architecture," Levinsky described.

What is now Tom's Diner was once a White Spot chain founded by William Fleming in 1946, which eventually grew to several locations across the Denver metro area.

An old menu from the archives shows green chile was still a thing at that point in time and you could get a stack of ribs for $4.50.

Ann Elizabeth is a Tom's Diner regular. She also held back tears as she spoke about the diner to the Landmark Preservation Commission.

"So much affection for Mr. Messina — I'm a regular," she told the packed room. "I wish Mr. Messina the award he deserves, but you know, legacy feeds the spirit."

No matter which side of the plate you fall on, it will be up to Denver's City Council to make a landmark decision about the future of Tom's Diner. A council committee will hear the application for Tom's Diner on Aug. 6.