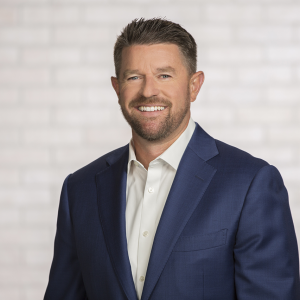 Citing current economic conditions, the Metropolitan State University of Denver announced Tuesday it is locking its tuition rate for current and incoming students.

DENVER — Financial peace-of-mind is hard to come by for many families as the price of everything — from groceries to gas — continues to fluctuate.

For college junior Jess Figueroa, life is a balancing act.

Figueroa is also trying hard to minimize her debt load once she graduates from Metropolitan State University of Denver.

“It's definitely a challenge to say the least," she said. “And also, you see how expensive books are. It costs a lot to be a student.”

So, when MSU Denver announced it was locking tuition rates for current and incoming students, Figueroa was thrilled.

"You want to take advantage of opportunities as they come, for sure,” she said.

“There’s a lot of negative narratives out there about higher education,” said MSU Denver president Janine Davidson. “That it's not affordable, there's no ROI (return on investment) and it's not true. So many students are being told that it's out of reach, and we want them to know that it's not out of reach."

Davidson says she and her team have been considering guaranteed tuition for a long time now.

“And frankly, I'm of the age where I have a kid in college, and a lot of my friends do and you're trying to budget,” said Davidson. “How much do you have to save for college? Well, how the heck do I know if they're going to raise tuition every year?”

"With all this inflation — cost of milk and eggs, much less gas — we want them to know this is one thing you can count on," Davidson said.

The model is not unprecedented. An estimated one in five public institutions nationwide offer something similar, including CSU Global, which caters to students with average ages of 28 to 38 who are trying to finish their degrees.

“If you look at COVID and even inflation, who is the hardest hit person? It's those working adults. It's the ones with the families, it's the ones with the kids,” said Paul Savory, provost and executive vice president of CSU Global, which has about 15,000 students. “This is, I believe, our 10th or 11th year in a row in which we have not raised tuitions."

Time will tell if MSU Denver's new model will attract more students and how many will stay in school because of it.

Figueroa, for one, says it's motivation to keep going.

“When I first heard about it, I thought it was a great idea," Figueroa said. “Because, of course, the world always needs more educated people."

“The data is pretty clear. If you have a degree, you’re likely to make $1 million more over your lifetime," Davidson said. “You also have better health outcomes and are far less likely to go to jail, not insignificant.”

As inflation concerns continue to mount for all of us, we want Your Opinion. How are you managing to pay for college when the cost of everything else is also on the rise? Are you even considering college at this point? Click here to submit your thoughts.