Homelessness on the rise in Colorado and across America

Number of people who reported first-time homelessness doubled from 2020 to 2021, according to Metro Denver Homeless Initiative
Posted: 9:14 PM, Jul 08, 2022 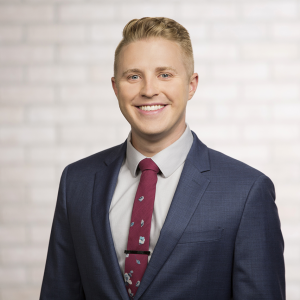 According to the Metro Denver Homeless Initiative, the number of people who reported first-time homelessness doubled from 2020 to 2021. Denver7's Rob Harris takes an in-depth look into homelessness, and the different ways advocates are working to help people get off the streets.

Our in-depth conversation on homelessness started on a bench in Cheesman Park in Denver. Denver7 connected with a man with a very important story to share, and he wanted to share his story there, specifically.

“This park was — this park was my home for, like, two or three years,” Will Bengert said, gesturing towards a tall tree just north of where he was sitting. “I would sleep over there, underneath that tree. Many, many tears have been shed on these blades of grass.”

The man sitting on that Cheesman Park bench was clear eyed, thoughtful, and sober, eager to discuss the problem of homelessness. It’s a person, he says, his former self wouldn’t even recognize.

“I had no morals,” Bengert confessed. “I would do whatever I had to do to get through that day.”

Bengert says addiction has followed him nearly his entire life, ever since his dad would pay him in beer for mowing the lawn in the sixth grade. By the time he reached adulthood, he was hooked on meth and committing crimes to fund his addiction.

In 2016, Bengert was sentenced to four years in prison for a string of charges, including drug possession, grand theft auto and second-degree burglary. He paroled out three years, 10 months and 13 days into his sentence with an important condition, germane to our conversation.

“I paroled to sober living when I got out,” Bengert explained. “That was the support that I needed. That support was what kept me sober when I first got out of prison.”

He is now six years clean and works as an advocate for the Saint Frances Center in Denver to help other men and women get off the streets and into stable housing. His introduction to them, he says, always includes showing off his tattoos — a quick way to show that he is coming from a place of solidarity and not judgment.

“That person inside is just breaking and dying and crumbling down,” Bengert said. “But yet, their pride won’t let them say anything.”

The problem of homelessness

Bengert found his way out, but data shows more people are finding their way into the harmful cycle of homelessness. Both the stresses of the pandemic and the affordable housing crisis in Denver have forced many out of their homes. According to the Metro Denver Homeless Initiative, the number of people who reported first-time homelessness doubled from 2020 to 2021.

It’s not just the numbers telling us that the problem of homelessness is getting worse. The people living downtown are telling us, too.

Greenly is a member of the group Citizens for a Safe and Clean Denver, which advocates for proactive policing and enforcement of tenting bans downtown.

“One of my client’s daughters lives in the Coloradan, and her golden retriever came home from a dog walk one day with a hypodermic needle stuck in its paw,” Greenly said. “My own daughter was harassed in a dog park.”

As Greenly and Denver7's Rob Harris walked through Union Station, an apparent drug deal took place right in front of our cameras. Another individual, who appeared to be having a mental health crisis, screamed at inanimate objects on the station platform. These, Greenly says, were indicative of the reasons families she knows now avoid downtown.

But Greenly also stresses what advocates continuously say, as well — that homelessness, addiction and crime are separate issues. Experts say they do not directly cause one another. However, they can, at times, intersect. It’s these intersections that offer the deepest challenges, and, perhaps, opportunities.

That’s why, Greenly says the Citizens for a Safe and Clean Denver is pushing for a bold and controversial policy — forced rehabilitation, similar to what Bengert experienced through his parole (which he credits for his stability and success today).

“It may seem forceful, but that’s not how we treat one another,” Greenly said. “We don’t just let people die in a doorway… ultimately, the message is: we’re a compassionate city.”

Other experts, though, disagree with a forced rehabilitation model. Instead, they argue that getting people into housing — regardless of addiction or mental health issues — is the first and most important step.

Calhoun advocates for a policy called “housing first,” which pushes to get people off the streets and into homes with no strings attached. She acknowledges that it may take longer to see results; but she argues the positive outcomes will be more likely to stick.

“If you have a substance use issue, and you are accessing a housing-first intervention, you can access that housing without addressing that substance use or mental health issue,” Calhoun explained. “What the research shows is that people with that choice are more likely to engage in treatment. If they have some place to stay that night, they’re able to more actively engage in treatment frequently, as well as feel that it’s a more meaningful engagement.”

It has been 10 years since Denver initially banned homeless encampments, and in 2019, voters overwhelmingly chose to maintain the ban. Calhoun, though, argues that “sweeps” of homeless encampments are actually counterproductive and have exacerbated the crisis.

“The sweeps make it harder for service providers to connect with folks in need,” Calhoun said. “They lead to folks losing medication. They lead to folks losing vital records, like IDs — which, I think, people underestimate how hard it is to get a new ID without a birth certificate and such. So, it’s hard for me to think of a positive aspect of the sweeps.”

Even still, Calhoun does not view the issue of homelessness with despair. On the contrary, she believes it is an imminently solvable problem.

“I do, and I think people think that’s like pie in the sky,” she said. “But I do. If it’s something we prioritize, we absolutely have the resources to give people the option and access to affordable housing.

“It’s a very prominent call that we need to address, especially as we’re seeing income and wealth disparity also increase.”

Back in Cheesman Park

Back in Cheesman Park, Bengert and Harris spoke face-to-face, which is something he says didn’t happen very often when the park was his home.

“It’s very damaging,” Bengert said. “I would hold doors for, you know, ladies, elderly ladies — anybody, really — and they would speed up as they walked past me. You know? Just to say, "Hey, I like your shirt." I couldn’t even get that full sentence out. They started running off this way or that way. You know, you can’t even give somebody a compliment. It’s terrible. And it keeps you in the negative cycle.”

As it turns out, that hints at something that both lived experience and scholarly research say is invaluable as we work to end homelessness — human connection with our neighbors who feel avoided and ignored.

“It doesn’t cost money,” Bengert said. “It doesn’t cost a lot of time. You don’t have to open up your house so they can take a shower. But, there’s always something you can do.”