Denver’s June housing report is out. What's changing and what it means for buyers, sellers 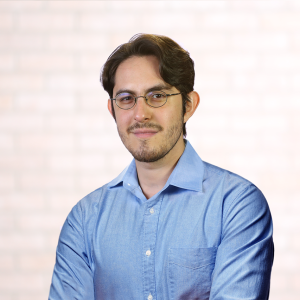 The number of homes and condos up for sale in the Denver metro rose by nearly two-thirds from May to June and the number of properties available on the market grew by nearly twice from a year ago, according to the latest market trends report from the Denver Metro Association of Realtors.

It may seem like good news for potential homebuyers looking to buy right now, but higher interest rates are driving up home prices, which would explain why there’s more demand now compared to prior months, according to Andrew Abrams, the chairman of the DMAR Market Trends Committee.

Let’s break down the numbers 🏡

The number of active listings in June for both single-family homes and condos was 6,057, a 65.85% increase over the month of June.

Condo buyers aren’t faring better on this front. The median price for a condo in June was $430,000, which saw no difference from a month prior, but there was a 13.46% increase compared to 2021.

On average, listings are only in the market for about 10 days, the report shows.

Click here to view an interactive full screen version of the below chart.

Denver renters are also seeing those prices go up 📈

ApartmentList reports Denver renters are paying 1.5% more than they did last month, with median rents for a one-bedroom apartment going for $1,427. Those renting a two-bedroom in the Denver are shelling out about $300 bucks more a month – a 11.5% increase from last year.

June marks the fifth straight month the city has seen rent increases after a decline in January, according to the report.

It may seem like a lot, but when compared to the state as a whole as well as the rest of the country, it’s not looking too bad.

Colorado’s rent growth over the past year was 12.5% this June compared to last, with the U.S. coming in at 14.1% year-over-year.

Even better news? Those living in Denver haven’t seen the price hikes people in Arvada have. Year-over-year, the city of Arvada saw a 16.2% increase, with a one-bedroom listed for the median price of $1,445.

For renters looking to move, you might want to think twice if your idyllic new home is Parker. Rents there are the most expensive out of the Denver metro, with a two-bedroom apartment median of $2,217. Rents there went up 2.1% between May and June and 13.2% year-over-year.

What does it all mean for sellers and buyers? 🤔

“I think we'll continue to see more inventory, prices slowing, higher days in the MLS and more adjustments with that,” Abrams told Denver7, adding buyers have more negotiating power at the moment with the way things are going.

For those selling in this market?

“As a seller, you need to reset those expectations because you're no longer shooting for the moon on the top of the price you can get, you have to come back to reality a little bit,” Abrams said.

What impact are mortgage rates having? 💸

“There's a lot of brokers out there that do not employ movers, they do not own trucks, they do not own a warehouse, and what they do is they secure your job and then they go out trying to find a mover like us that will cover the work on their behalf,” said Chuck Kuhn, the CEO of JK Moving Services. “I strongly recommend that customers work directly with moving and storage companies that own their own fleet that have their own crews.”

Kuhn says, if possible, visit the mover’s office, make sure the trucks in the warehouse and the office look like they're in good order, and that they're a legitimate moving company.

Having trouble talking to your landlord or paying rent?

Colorado Housing Connects offers a free mediation service in both Denver and Adams counties. You can learn more at coloradohousingconnects.org or by calling 1-844-926-6632.