Burger-nomics: A look at Colorado's booming burger market, and what's behind it 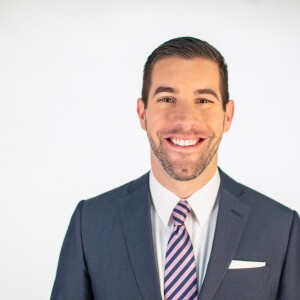 So Denver7 is taking a 360 look at the burger business in Colorado, the impact it’s having, the dollars and cents behind it, and the multiple perspectives out there on grilled beef.

DENVER — From the announcement of new arrivals to dedication to old favorites, the competition for your burger business is heating up across the state.

California’s In-N-Out opened locations in Aurora, Colorado Springs, and Lone Tree over the course of the last several months. Texas chain Whataburger announced that they would be opening up a location at the end of March, though that opening date has not been announced.

Add those new arrivals to the other recently opened burger chains, and the longtime local spots like the Cherry Cricket or Bud’s Cafe, and there are more players in the state’s burger battle than ever before. So Denver7 is taking a 360 look at the burger business in Colorado, the impact it’s having, the dollars and cents behind it, and the multiple perspectives out there on grilled beef.

Beck works as a consultant and legal analyst to the chain restaurant industry, and spent years in management at some of the biggest chains in the world. She spoke too Denver7 over Zoom about the economics of the burger bar.

“The main number is looked at is AUV, Average Unit Volume. It’s in sales dollars so it looks at annually what does a restaurant bring in,” she explained.

She estimates that annual sales at a single location of In-N-Out or Whataburger is between one and four million dollars. And that number translates into the local economy.

“Number one is the additional tax dollars,” Beck said.

How much exactly isn’t that clear. Denver7 asked Aurora, Lone Tree, and I-N-Out themselves for tax or economic impact numbers from their short time in Colorado. None could or would give out those numbers, saying it was confidential financial information.

That is a major benefit, but could it be more? A study from the Institute for Local Self Reliance found that “eating at a local restaurant produces more than twice the local economic impact of dining at a chain restaurant.”

“In general, the more competition, there is the less to go around,” CRA President Sonia Riggs said.

The Colorado Restaurant Association is an advocate for all restaurants, and wouldn’t take sides on a “chain vs local” debate, but Riggs would say that the introduction of a new, popular restaurant could mean a decline for another .

“For the most part, people have a limited budget. When they move in one direction that might change their spending habits from another direction,” she said.

But there are some very important reasons why these new chains are so popular, and why there are hours-long lines when they open.

“It’s because they have innovative propriety products that their main competitors do not,” industry expert Juelene Beck said.

“In-N-Out’s the bomb,” one customer said.

“It’s been high anticipation of it coming to Colorado so it’s exciting,” another customer added.

And then there’s the fact that it’s just new and popular.

“I think a little bit of it is trying to keep up with the Joneses. People also like the novelty,” Erik Wolf told Denver7.

Wold is the Director of the World Food Travel Association, and says it can go beyond just a good burger at a good price.

The introduction of popular chains is also being watched by some of Colorado’s local staples in burgers.

“We’re seeing the new kids on the block pop up all the time,” Cherry Cricket General Manager Samantha Taxin said.

The Cherry Cricket has been serving burgers in Denver since 1945.

“We’re on everybody’s mind when burgers are brought up,” she said.

“People will stray off to taste the other burgers and they love the Cricket, they keep coming back,” she said.

As for more competition?