FEDERAL HEIGHTS, Colo. – A holiday attraction that was expected to light up the Water World parking lot this winter postponed its grand opening by at least one week due to damaging wind gusts that hit the Front Range Saturday evening.

“Christmas in Color” was set to open Friday, but damaging winds on both Friday and Saturday forced plans to come to a halt until further notice, according to Melissa Smuzynski, a media relations spokeswoman for Christmas in Color.

“We were set up and read for our grand opening. Unfortunately, Mother Nature had different plans,” said Christmas in Colorado CEO Todd Glover in a statement sent to Denver7. 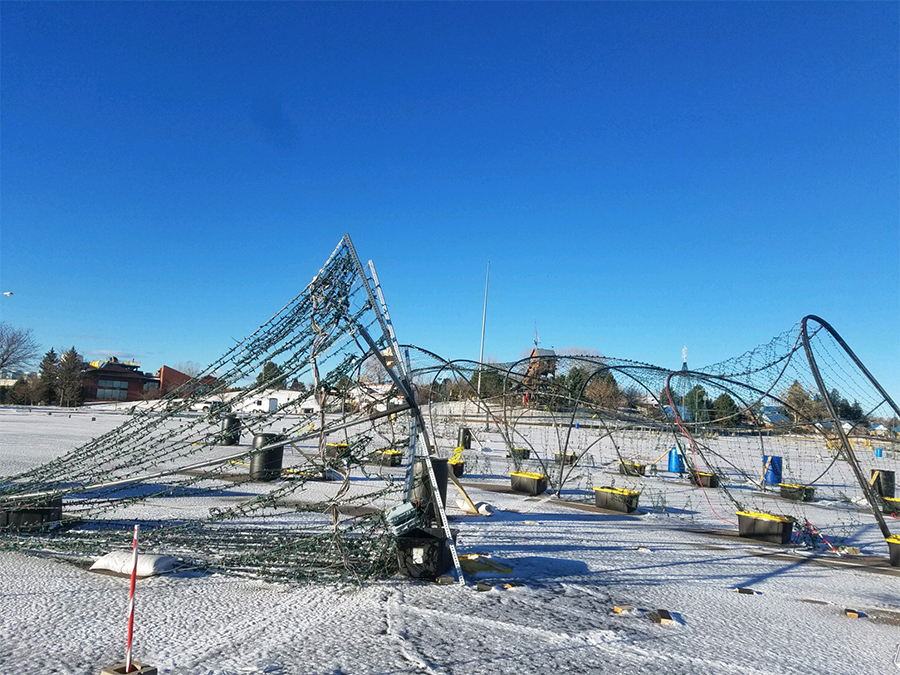 “But a second round of winds Saturday night left behind colossal damage that will take up to a week to repair,” she said.

If you’ve purchased a ticket for this weekend, Water World officials say you should have received an email giving you the opportunity to either reschedule your visit or receive a refund.